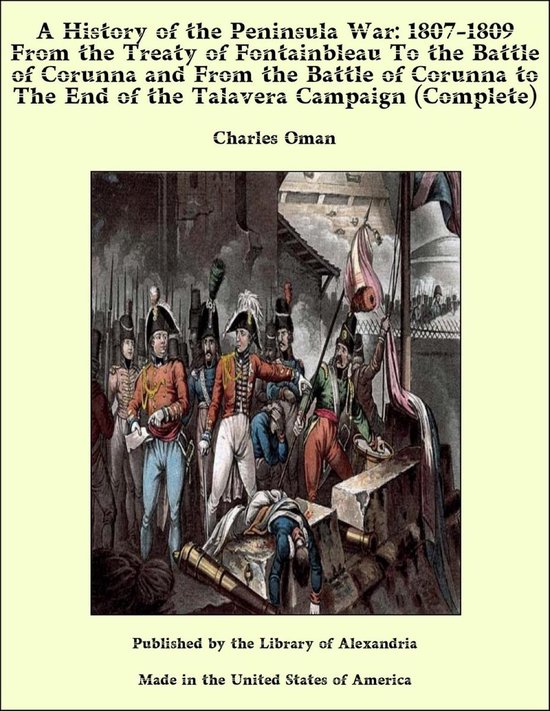 "I am not the heir of Louis XIV, I am the heir of Charlemagne,' wrote Napoleon, in one of those moments of epigrammatic self-revelation which are so precious to the students of the most interesting epoch and the most interesting personality of modern history. There are historians who have sought for the origins of the Peninsular War far back in the eternal and inevitable conflict between democracy and privilege: there are others who—accepting the Emperor's own version of the facts—have represented it as a fortuitous development arising from his plan of forcing the Continental System upon every state in Europe. To us it seems that the moment beyond which we need not search backward was that in which Bonaparte formulated to himself the idea that he was not the successor of the greatest of the Bourbons, but of the founder of the Holy Roman Empire. It is a different thing to claim to be the first of European monarchs, and to claim to be the king of kings. Louis XIV had wide-reaching ambitions for himself and for his family: but it was from his not very deep or accurate knowledge of Charlemagne that Napoleon had derived his idea of a single imperial power bestriding Europe, of a monarch whose writ ran alike at Paris and at Mainz, at Milan and at Hamburg, at Rome and at Barcelona, and whose vassal-princes brought him the tribute of all the lands of the Oder, the Elbe, and the middle Danube. There is no need for us to trace back the growth of Napoleon's conception of himself as the successor of Charlemagne beyond the winter of 1805-6, the moment when victorious at Austerlitz and master for the first time of Central Europe, he began to put into execution his grandiose scheme for enfeoffing all the realms of the Continent as vassal states of the French Empire. He had extorted from Francis of Austria the renunciation of his meagre and time-worn rights as head of the Holy Roman Empire, because he intended to replace the ancient shadow by a new reality. The idea that he might be Emperor of Europe and not merely Emperor of the French was already developed, though Prussia still needed to be chastised, and Russia to be checked and turned back on to the ways of the East. It was after Austerlitz but before Jena that the foundations of the Confederation of the Rhine were laid[5], and that the Emperor took in hand the erection of that series of subject realms under princes of his own house, which was to culminate in the new kingdom of Spain ruled by "Joseph Napoleon the First.' By the summer of 1806 the system was already well developed: the first modest experiment, the planting out of his sister Eliza and her insignificant husband in the duchy of Lucca and Piombino was now twelve months old. There had followed the gift of the old Bourbon kingdom of Naples to Joseph Bonaparte in February, 1806, and the transformation of the Batavian Republic into Louis Bonaparte's kingdom of Holland in June. The Emperor's brother-in-law, Joachim Murat, had been made Grand-Duke of Berg in March, his sister, Pauline, Duchess of Guastalla in the same month. It cannot be doubted that his eye was already roving all round Europe, marking out every region in which the system of feudatory states could be further extended.