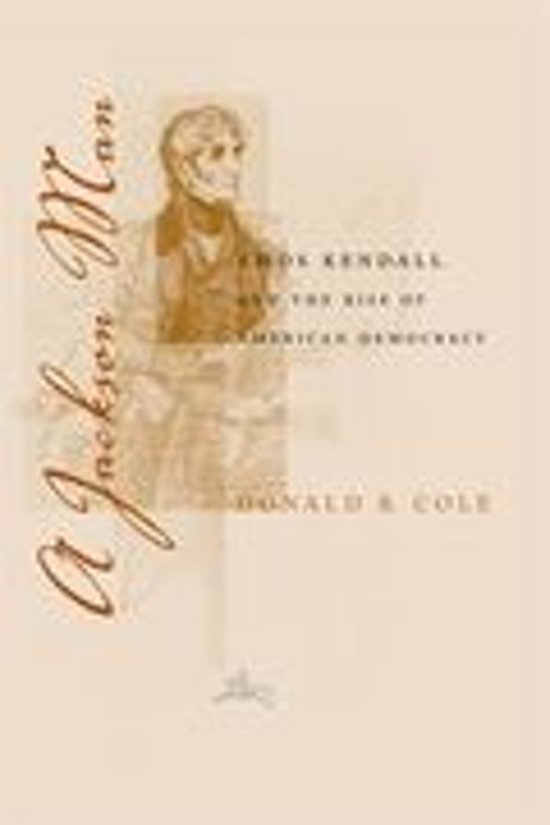 ''Well researched... and well written, this work gives us Kendall, warts and all. We see the avarice, the ambition, and the contradictions of his subject.... This is biography at its best.'' -- Journal of American History

A rare, fascinating personality emerges in Donald B. Cole's biography of Amos Kendall (1789--1869), the reputed intellectual engine behind Andrew Jackson's administration and an influential figure in the transformation of young America from an agrarian republic to a capitalist democracy. Born on a small Massachusetts farm and educated at Dartmouth, Kendall moved to Kentucky as a young man to seek his fortune and eventually became one of the few nationally prominent antebellum politicians who successfully combined northern origins and southern experience. Kendall's role in democratizing American politics is shown in a compelling narrative of his evolution from a republican idealist to a democratic individualist who contributed greatly to the rise of the Democratic Party. The first biography of Kendall, this superbly written and researched volume charts the progression of American democracy and the culture that created it.

''[T]his biography is both enjoyable and an indispensable read for those interested in understanding the development of Jacksonian democracy.'' -- Journal of the Early Republic