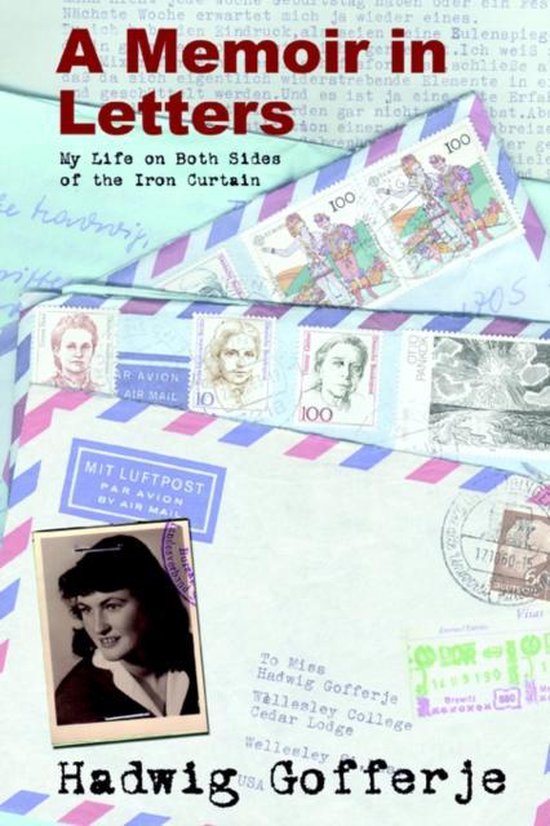 A Memoir in Letters: My Life on Both Sides of the Iron Curtain is the touching autobiography that first chronicles the young life of German-born Hadwig Gofferje, born during World War II, then living under communist rule. She describes her journey to freedom, complete with an American university education, and a new life in the United States. During her war-torn childhood in Germany, Hadwig lived in her own world, where she occupied herself for hours with drawing and playing with her dolls and imaginary friends. But at night, she endured many terrifying bombing raids by the Allied Forces in her family's basement bomb shelter. In 1945, after packing one carefully-chosen favorite toy in her suitcase, Hadwig and her family fled the approaching Russian Red Army and immigrated to a small village in Thuringia. Hadwig describes not a peaceful beginning to her life, but a life in which actions and choices were incredibly influenced by World War II and the division of Germany. Eventually moving, without her parents, to West Germany and later to the United States, Hadwig receives the university education that changes her life forever.;In this remarkable personal narrative, Hadwig Gofferje describes how she was able to escape oppression and seek freedom, ultimately achieving personal peace, inner-strength, and a greater understanding of the world around her.
Toon meer Toon minder

Originele Titel
A Memoir in Letters: My Life on Both Sides of the Iron Curtain