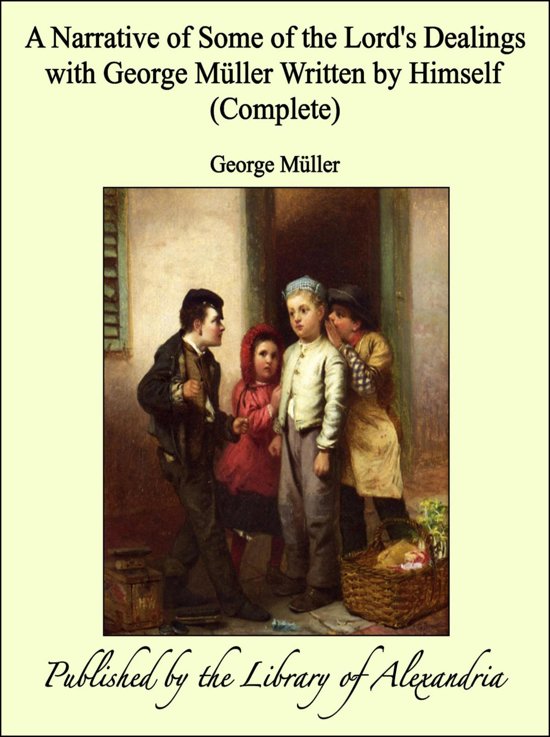 TO THE FIRST EDITION OF THE FIRST PART. It was only after the consideration of many months, and after much self-examination as to my motives, and after much earnest prayer, that I came to the conclusion to write this little work. I have not taken one single step in the Lord's service, concerning which I have prayed so much. My great dislike to increasing the number of religious books would, in itself, have been sufficient to have kept me for ever from it, had I not cherished the hope of being instrumental in this way to lead some of my brethren to value the Holy Scriptures more, and to judge by the standard of the word of God the principles on which they act. But that which weighed more with me than any thing was, that I have reason to believe from what I have seen among the children of God, that many of their trials arise, either from want of confidence in the Lord as it regards temporal things, or from carrying on their business in an unscriptural way. On account, therefore, of the remarkable way in which the Lord has dealt with me in temporal things, within the last ten years, I feel that I am a debtor to the Church of Christ, and that I ought, for the benefit of my poorer brethren especially, to make known, as much as I can, the way in which I have been led. In addition to this, I know it to be a fact, that to many souls the Lord has blessed what I have told them about the way in which He has led me, and therefore it seemed to me a duty to use such means, whereby others also, with whom I could not possibly converse, might be benefited. That which at last, on May 6, 1836, induced me finally to determine to write this Narrative was, that, if the Lord should permit to sell, I might, by the profits arising from the sale, be enabled in a greater degree to help the poor brethren and sisters among whom I labour, a matter which just at that time weighed much on my mind. I therefore at last began to write. But after three days I was obliged to lay the work again aside, on account of my other pressing engagements. On May 15th I was laid aside on account of an abscess and now being unable, for many weeks, to walk about as usual, though able to work at home, I had time for writing. When the manuscript was nearly completed, I gave it to a brother to look it over, that I might have his judgment; and the Lord so refreshed his spirit through it, that he offered to advance the means for having it printed, with the understanding that if should not sell, he would never consider me his debtor. By this offer not a small obstacle was removed, as I have no means of my own to defray the expense of printing. These two last circumstances, connected with many other points, confirmed me that I had not been mistaken, when I came to the conclusion that it was the will of God, that I should serve His church in this way. The fact of my being a foreigner, and therefore but very imperfectly acquainted with the English language, I judged to be no sufficient reason for keeping me from writing. The Christian reader being acquainted with this fact, will candidly excuse any inaccuracy of expression. For the poor among the brethren this Narrative is especially intended, and to their prayers I commend it in particular
Toon meer Toon minder