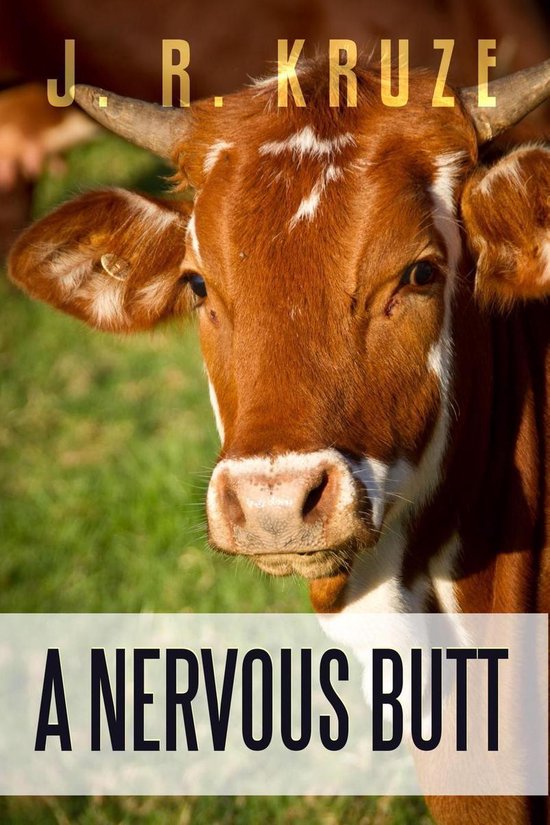 Gerald was walking through the pasture, checking cows and in the next moment was on the ground, face down. Landing as if he'd been caught by a land mine and thrown there.

Except there had been no explosion, no fire or gaping hole at the spot he had been standing moments before - in a quiet, green, tall-grass field. The wind was only blowing pollen and last fall's leaves around. No smoke or dirt or falling shrapnel. There was nothing that could have forced him to the ground like that. He turned his head and saw the cause at last.

An expectant momma cow, staring at him when he looked up - worried about something. He didn't know what that could be.

Until she started talking in his mind...

It's just too easy, this stuff called living. Except when you get knocked down on the ground like an explosion just hit you.

Gerald started picking himself off the ground, sitting up at first to get his bearings. Like having been blown off his feet in some sort of war.

But it was just the butting of an expectant cow who was feeling nervous that day.

Couldn't blame her, the day was fresh, you could smell Spring in the air. Grass was greening up and lots of protein and carbs in it. Clover was peaking up over the fescue and other grasses. The yearlings were running around lower down the hill pasture, enjoying the nice weather. Literally kicking up their heels.

And it was warm enough to wear only a slightly insulated duck jacket, some yellow split cowhide gloves (unlined), and an old ball cap with some seed company's logo Gerald had picked up for cheap at a bulk sales outlet. Of course, there were the leather boots with a waffle sole for the moist ground he was now sitting on instead of walking. And that thought made him get up.

Because the moisture was slowly seeping through the seat of his blue denim dungarees. Felt like a pinch as it was so cold. Winter doesn't leave overnight, he thought.

A quick glance around showed him where that momma cow was. And not far off, facing him, as if to wonder what he was going to do in response. His cedar walking staff was over to his right within reach, so he picked that up. For a few reasons. Any possible defense against that cow was one, walking steady was another.

So Gerald put his left arm down on a gloved knuckle, got a knee up under him, and then scrambled the rest of the way up. The staff helped.

Then he faced that cow and wondered what he'd done to spook it. Most of his cows were calm, and the high-strung ones went to auction.

"You surprised me with that flapping scarf you are wearing." A voice came to him in his head. "And it still scares me."

Gerald looked into the cow's eyes, which were wide and showed her whites. A quick glance showed no other humans were around. And no other cattle or dogs were near. It must be her. A black-whiteface they called Old White Face.

"Sorry." Gerald told her out loud. He backed away to give her some space, so she wouldn't feel threatened enough to charge him. Then he settled the staff against a shoulder, took off his gloves, stuffed them in a front pocket of his dark jacket, and un-knotted the scarf. Then folded the bright yellow cloth up and stuffed it in the other jacket pocket.

"Is that better?" Gerald asked.

"A bit." She was moving her head from side to side to get his distance from her, and to see if anything else was going to scare her...