A Paraphrase on the Four Evangelists. Wherein for the Clearer Understanding of the Sacred History, the Whole Text and Paraphrase Are Printed in Separate Columns Over-Against Each Other. ... in Two Volumes. the Fourth Edition Volume 1 of 2 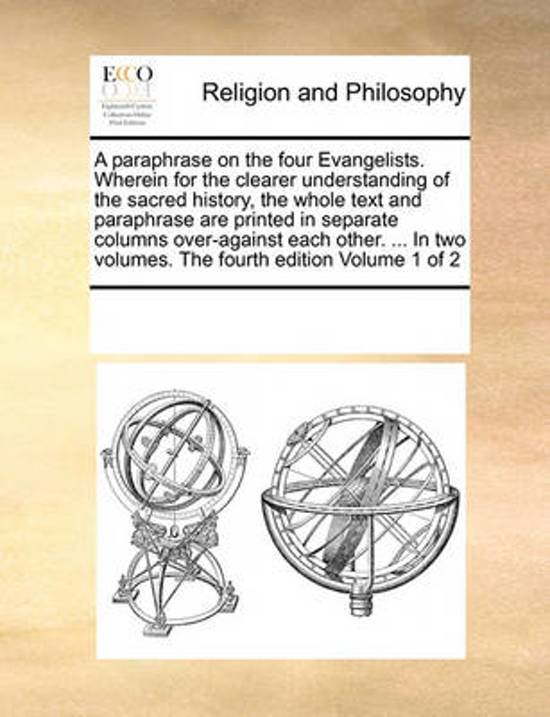