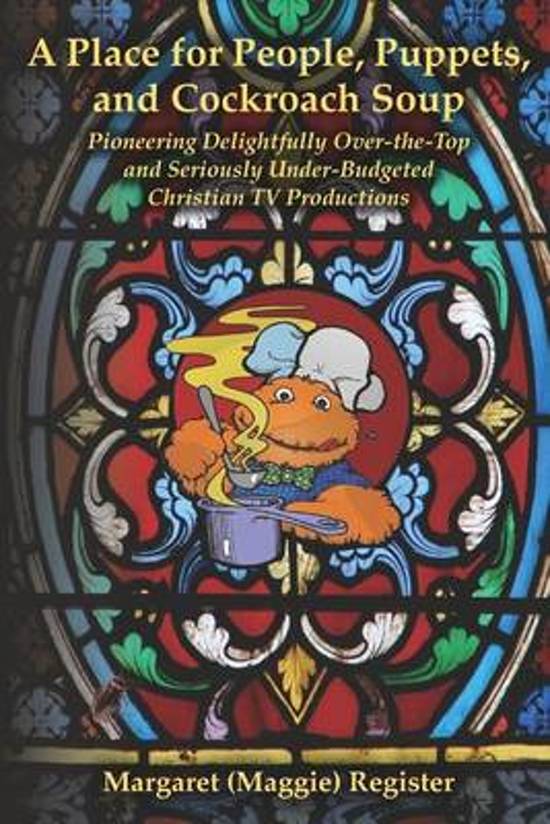 When Bobo, a fuzzy orange puppet, came to life and sang La Cucaracha on TV to millions of children, they mailed real roaches to him! As Cristina "ate" roach soup, responded to Bobo's antics, and gently smiled, the hearts of children of all ages opened wide to them."A Place for People, Puppets, and Cockroach Soup" recounts amazing, funny, heart-warming, sometimes near-tragic stories of how God took His plan and wrapped it around the far-reaching dreams and hard work of a dedicated family—Joe, Margaret, daughter Crysti, and son Timmy—and a host of God-sent volunteers. They did not know how to build sets, run cable, operate cameras, develop "characters" or write scripts. They learned by trial and error, with a budget always stretched to the limit. But God gave creative ideas and sent gifted volunteers and delightful puppets. The result was "El Lugar Secreto" (The Secret Place), a series of award-winning shows for Spanish-speaking children.Joe and Margaret Register arrived back in the States with only a dream. After ten years as missionaries in Chile and Paraguay, South America, they wanted to produce a television talk show in Spanish. But, the TV equipment Joe used was sold out from under him. And his TV host left for greener pastures. How could Joe, with no money, begin a first-time-ever ministry of Spanish Television and Radio? Joe did not even consider doing a show for children. Not at first.These true stories display funny, heart-warming, and amazing events as God’s grace and wisdom astound Joe and Margaret.From language study in Mexico to the country of Chile, and later in Paraguay, Margaret, in her first book, “No Place for Plastic Saints,” recounts vividly an earthquake and many other unusual happenings (including dead bodies, chicken feet, and outhouses) as they ministered first in Temuco and then in Viña, Chile, and later in Paraguay, where they began a very successful television ministry that would eventually reach all of Latin America (the story she tells in this book, "A Place for People, Puppets, and Cockroach Soup"). A pastor stated after reading her book, “I could hardly put the book down to do other things. I laughed, sometimes had tears, and was amazed at the stories. I learned of the tremendous struggles that missionaries go through—finances, sickness, rejection, etc. I guess to us here in the States, missionary life looks a little too glamorous.” “Who knew that missionary life was more than love offerings and extended vacations to exotic places?” says another reader. Today millions of children watch Bobo from 14 satellites into 200 countries.
Toon meer Toon minder