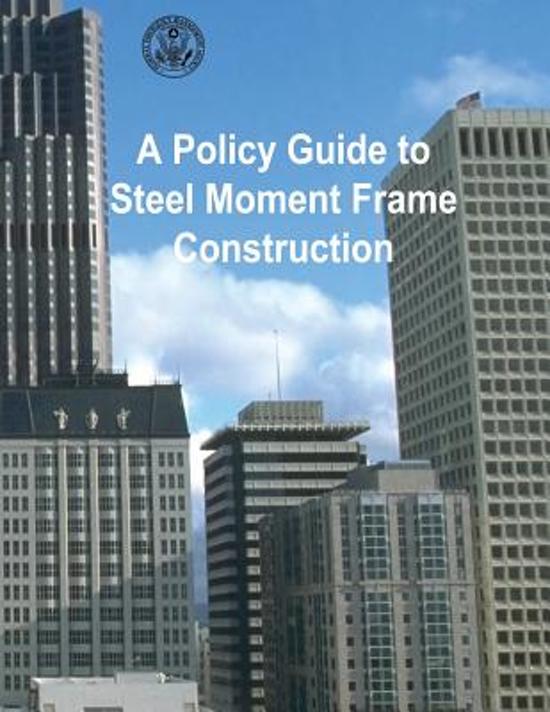 The Northridge earthquake of January 17, 1994, caused widespread building damage throughout some of the most heavily populated communities of Southern California including the San Fernando Valley, Santa Monica and West Los Angeles, resulting in estimated economic losses exceeding $30 billion. Much of the damage sustained was quite predictable, occurring in types of buildings that engineers had previously identified as having low seismic resistance and significant risk of damage in earthquakes. This included older masonry and concrete buildings, but not steel framed buildings. Surprisingly, however, a number of modern, welded, steel, moment-frame buildings also sustained significant damage. This damage consisted of a brittle fracturing of the steel frames at the welded joints between the beams (horizontal framing members) and columns (vertical framing members). A few of the most severely damaged buildings could readily be observed to be out-of plumb (leaning to one side). However, many of the damaged buildings exhibited no outward signs of these fractures, making damage detection both difficult and costly. Then, exactly one year later, on January 17, 1995, the city of Kobe, Japan also experienced a large earthquake, causing similar unanticipated damage to steel moment-frame buildings. Prior to the 1994 Northridge and 1995 Kobe earthquakes, engineers believed that steel moment-frames would behave in a ductile manner, bending under earthquake loading, but not breaking. As a result, this became one of the most common types of construction used for major buildings in areas subject to severe earthquakes. The discovery of the potential for fracturing in these frames called to question the adequacy of the building code provisions dealing with this type of construction and created a crisis of confidence around the world. Engineers did not have clear guidance on how to detect damage, repair the damage they found, assess the safety of existing buildings, upgrade buildings found to be deficient or design new steel moment-frame structures to perform adequately in earthquakes. The observed damage also raised questions as to whether buildings in cities affected by other past earthquakes had sustained similar undetected damage and were now weakened and potentially hazardous. In response to the many concerns raised by these damage discoveries, the Federal Emergency Management Agency (FEMA) sponsored a program of directed investigation and development to identify the cause of the damage, quantify the risk inherent in steel structures and develop practical and effective engineering criteria for mitigation of this risk. As the project progressed, interim guidance documents were published to provide practicing engineers and the construction industry with important information on the lessons learned, as well as recommendations for investigation, repair, upgrade, and design of steel moment frame buildings. Many of these recommendations have already been incorporated into recent building codes. This project culminated with the publication of four engineering practice guideline documents. These four volumes include state-of-the-art recommendations that should be included in future building codes, as well as guidelines that may be applied voluntarily to assess and reduce the earthquake risk in our communities. This policy guide has been prepared to provide a nontechnical summary of the valuable information contained in the FEMA/SAC publications, an understanding of the risk associated with steel moment-frame buildings, and the practical measures that can be taken to reduce this risk. It is anticipated that this guide will be of interest to building owners and tenants, members of the financial and insurance industries, and to government planners and the building regulation community.
Toon meer Toon minder