A Premonitor Warning Or Advice, by a True Lover of His Country, Unto All Whose Hands This May Come. 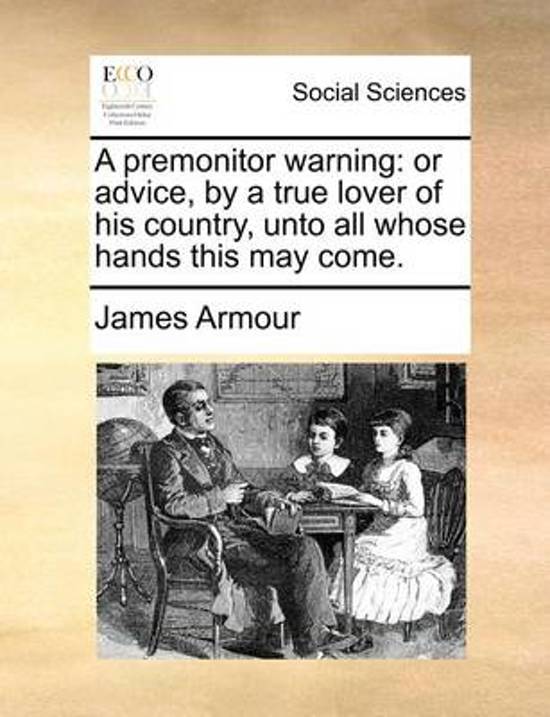 Extra groot lettertype
Nee
Subtitel
Or Advice, by a True Lover of His Country, Unto All Whose Hands This May Come.
Thema Subject Code
JB