A Princess of Thule 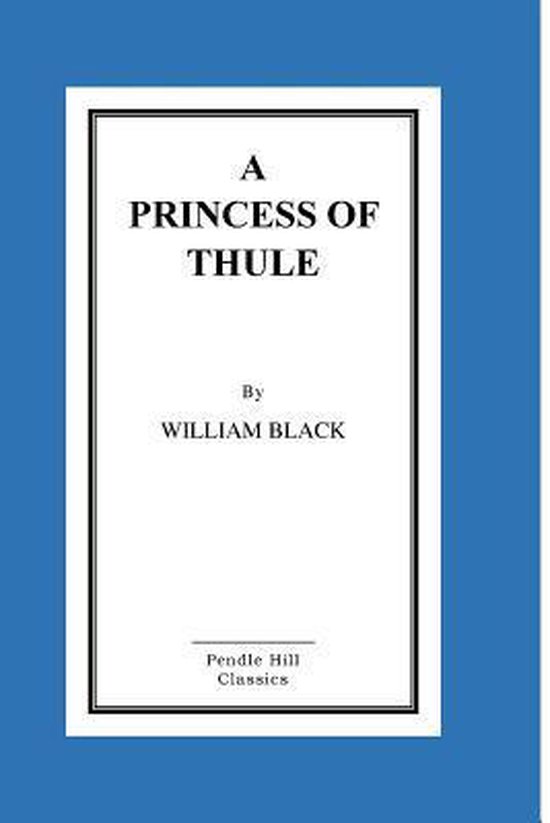 ON a small headland of the distant island of Lewis, an old man stood looking out on a desolate waste of rain-beaten sea. It was a wild and wet day. From out of the lowering Southwest fierce gusts of wind were driving up volumes and flying rags of clouds, and sweeping onward at the same time the gathering waves that fell hissing and thundering on the shore. Far as the eye could reach, the sea and the air and the sky seemed to be one indistinguishable mass of whirling and hurrying vapor, as if beyond this point there were no more land, but only wind and water, and the confused and awful voice of their strife. The short, thick-set, powerfully-built man who stood on this solitary point paid little attention to the rain that ran off the peak of his sailor’s cap, or to the gusts of wind that blew about his bushy gray beard. He was still following, with an eye accustomed to pick out objects far at sea, one speck of purple that was now fading into the gray mist of the rain; and the longer he looked the less it became, until the mingled sea and sky showed only the smoke that the great steamer left in its wake. As he stood there, motionless and regardless of everything around him, did he cling to the fancy that he could still trace out the path of the vanished ship? A little while before it had passed almost close to him. He had watched it steam out of Stornoway Harbor. As the sound of the engines came nearer and the big boat went by, so that he could have almost called to it, there was no sign of emotion on the hard and stern face, except, perhaps, that the lips were held firm and a sort of frown appeared over the eyes. He saw a tiny white handkerchief being waved to him from the deck of the vessel; and he said, almost as though he were addressing some one there: “My good little girl!” But in the midst of that roaring of the sea and the wind how could any such message be delivered? And already the steamer was away from the land, standing out to the lonely plain of waters, and the sound of the engines had ceased, and the figures on the deck had grown faint and visionary. But still there was that one speck of white visible; and the man knew that a pair of eyes that had many a time looked into his own—as if with a faith that such intercommunion could never be broken—were now trying, through overflowing and blinding tears, to send him a last look of farewell.
Toon meer Toon minder