A Proverb a Day Keeps the Devil Away 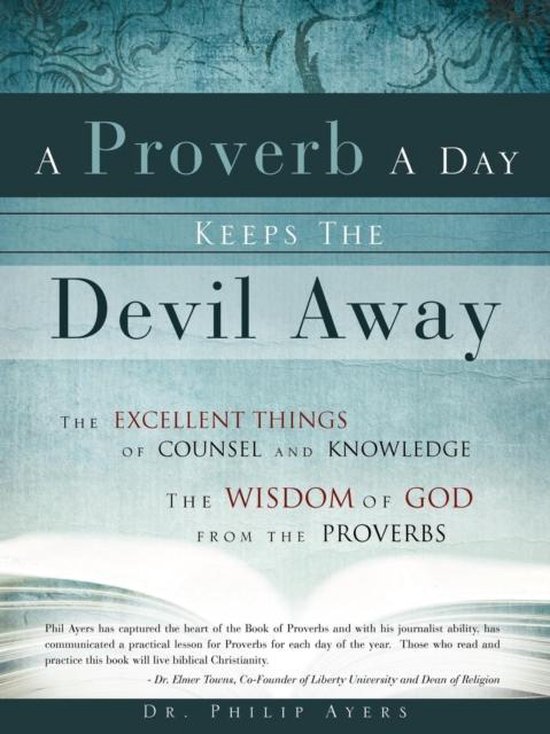 A Proverb a Day Keeps the Devil Away applies the principles of God found in the Book of Proverbs to daily living. Illustrations are used to trigger the memories of its readers to past and present experiences in life; hopefully, causing the lesson of each devotion to profoundly impact the reader. These illustrations stem from relationships, home, work, play, decisions, reactions, thoughts, injustice and justice. Some are humorous and some very serious. Each one demonstrates the theme of that verse. The Book of Proverbs is as timely as time itself. Times have changed but people have not. They still face the hard issues of life: the same fears and hurts, the same temptations and sin, the same struggle with what is right and wrong, and the same questions about what role God really plays in their life. This devotional study aids its readers in getting a grip on these challenges. Philip Ayers was born in Roanoke, Virginia, on March 2nd, 1948. He is the second born of a family of five. Very early in his life, his family moved to Salem, Virginia, where he resided until he joined the United States Marine Corps at the age of seventeen. He served in the Viet Nam conflict. He was wounded three times, and was awarded the Navy Commendation Metal with Combat V for heroic action in the face of the enemy. Philip played quarterback for the Marine Corps national football team, the Quantico Marines. He was honorably discharged at the rank of sergeant. Philip was saved on March 30th, 1980. Jesus Christ called him to ministry in 1981. He is the pastor of a local church in Roanoke, Virginia. He brings a large pool of experience and Bible knowledge to his readers.
Toon meer Toon minder