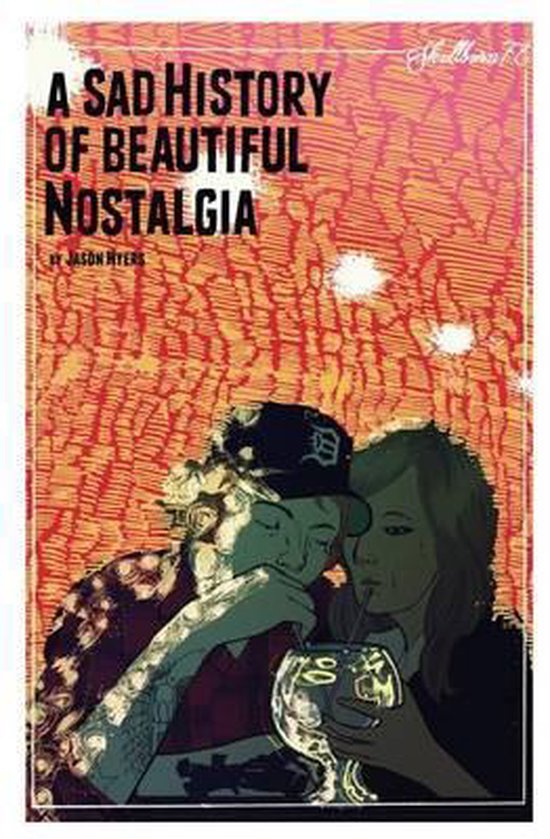 A Sad History Of Beautiful Nostalgia(Skullburn '78) From one of the most controversial writers of the decade, author of the seminal underground books: Exit Here, The Mission, and Run The Game, comes a disturbing, fascinating, and profoundly original story about the romance of nostalgia and the search for satisfaction in the present, about the eventual and inescapable addiction to falling in love, and the bittersweet compromises made in an effort to maintain it. Jason’s life is getting more absurd and messy by the minute. The once wildly popular author’s three year relationship with the beautiful Annie Robson, the only girl he’s ever continually fantasized about after sex, continues its death spiral of contrived volatility while his literary career has faded into a realm of irrelevancy even he can’t comprehend. Attempting to cope with this new, frightening, reality has meant the severe and dedicated consumption of booze, blow, and pills. It’s also begun to push him more and more into the sweet, warm arms of the brilliant and smashing, Renee, an eighteen year old college freshman in the city he’s convinced loves his books and characters more than she does him. With the final deadline to turn in the last draft of a disastrous new book less than a week away, Jason decides to lob a grenade at the project, choosing to crib an entirely new story out of the ashes of the old one. But as the long days begin to vanish and the story’s plot deepens, Jason becomes increasingly haunted and paranoid by his own violent past. While his friend’s, Annie, and Renee slowly begin to fade out of his life because of the suffocating isolation of his new timeline, a strange girl he once knew well in his past, slowly begins to emerge in his life, threating to annihilate everything and everyone he loves. Determined to prevent the total destruction of his life, Jason sets off on a new and horrifying journey. One that will take him to the hellish depths of the human soul and expose all of his incredibly dangerous and troubling secrets; a journey that will radically alter the core of his existence, leaving readers haunted and shocked with a truly unforgettable ending. A Sad History Of Beautiful Nostalgia, the sixth book by Jason Myers, is an unforgettable journey through the sordid week of a writer suffocating in his memories, a person completely lost in his own skin. It’s a book about the mandate of art and the role of the muse and the delicate balance between being an artist while trying to meet the expectations that come with the rest of your life. It’s also a book about how we handle the trauma in our lives, how we move forward-or if we ever do-and the importance of at least attempting to find a way to appreciate the greatness of the moment and the beauty of the now.
Toon meer Toon minder