A Seminar on Cultural Healing 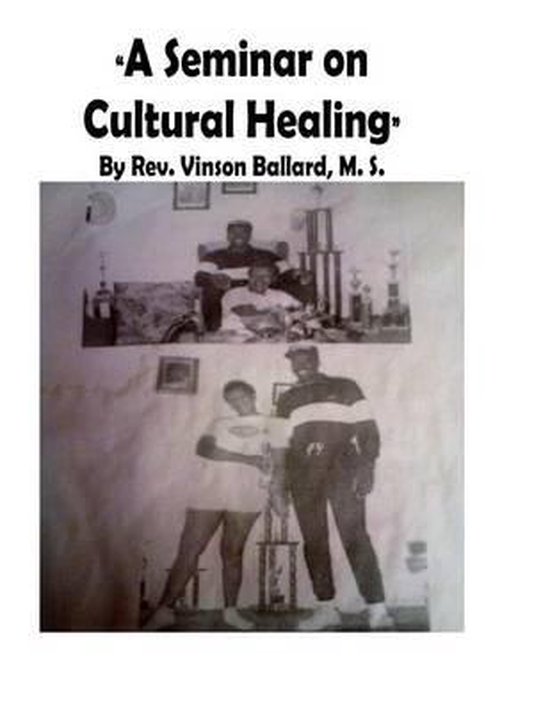 With all of the realities that continue occurring daily in our lives, it becomes sometimes necessary that perhaps a different kind of approach be pursued in an effort to rise up to some of the not so favorable harshness's that challenge some communities, families and youth alike during today's critical times. It further becomes a choice sometimes with whether those who may be impacted by these particular scenarios will only talk about what is going on in a negative way or if those involved will pursue doing something about their condition. This is very much the premise of this particular publication. I have decided to attempt to continue and genuinely do something about it. In that regard, this focus is on culture healing as this publication will delve deeper into this subject for the reader and willing participant to be more informed on the subject if need be. I have attempted to share some of my humbling attempts to bring about this pursuit of healing, share some of my humbling lessons learned and experiences, and further attempt to be a blessing to the community where I began many years ago. I would also like to continue the healing from some of life harsh realities like when my biological brother was slain in 1991 and the wonderful people from the community of Columbus Mississippi that rallied in support of doing positive efforts in dealing with the touching aftermath of this experience. In particular Mr. Morris Denton of the Columbus, Mississippi Convention and Visitors Bureau, who assisted in working with me to bring an Event called a Run of Fun in South Columbus Mississippi in memory of my brother where such an activity like this had not ever been done before in 1991. I would also like to think Chief Charlie Watkins with the Columbus Police Department who showed the community back at that particular time that the department was also in support of this humanitarian effort as well as Mr. Bennie Harrison who won the event and very much supported it. Other individuals from the "friendly city" as Columbus Mississippi really attempted to come forward in such a hospitable way. This is not limited to, but involved some of the following: Community Organizer Mr. Jackie Ball, Councilman Dan H. Spann, Supervisor Leroy Brooks, Councilwoman Greta Gardner, Humanitarian Mrs. Betty Williams, Representative Mr. Alfred Walker, Sgt. Andre' and Mrs. Helen Taylor, Reverends Isaac Lacy, Robert Greenlaw, Creed Buck and Joseph Peoples and Representative Mr. Alfred Walker and Attorney Wilbur O. Colom just to mention a few.
Toon meer Toon minder