A Sermon Preach'd Before the Incorporated Society for the Propagation of the Gospel in Foreign Parts; At Their Anniversary Meeting in the Parish-Church of St. Mary-Le-Bow; On Friday the 17th of February, 1715. by Thomas Sherlock, ... 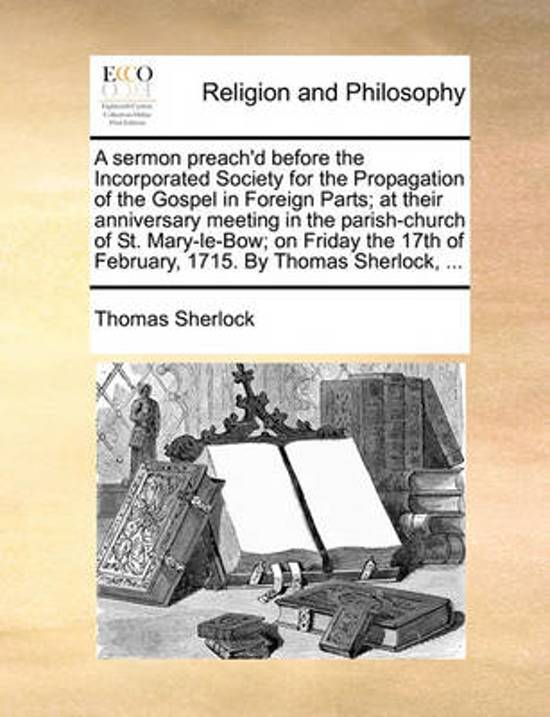