A Soldier's Sketchbook From the Trenches of World War II 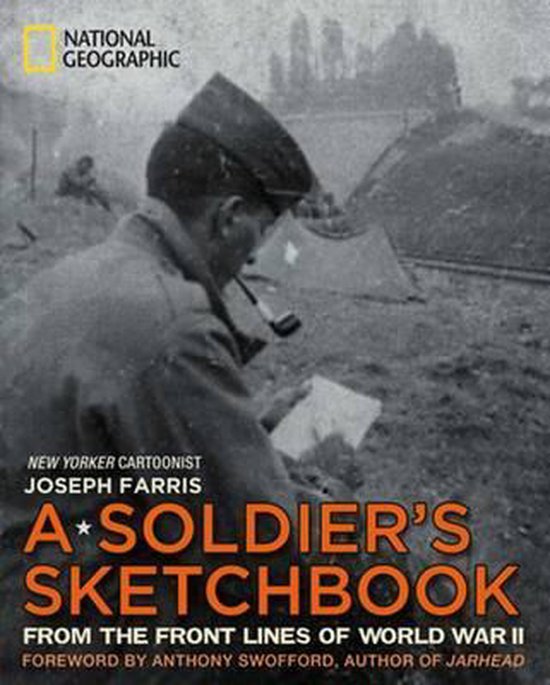 A Soldier's Sketchbook, an illustrated memoir from a World War II soldier, is drawn from the letters, sketches, snapshots, and mementos of Pvt. Joseph Farris, who left his home of Danbury, Connecticut, and set off to war aboard the U.S.S. General Gordon in October 1944, bound for France as part of Company M, 398th Infantry. Farris wrote more than 800 letters home, and he hewed his artistic talents with sketches and paintings along the way. He also secretly copied officers' notes and, once back home after the war, collected clippings and battlefield accounts, which form a sobering counterpoint to his reassurances to his parents that everything is swell. This book chronicles a young soldier's experiences from October 1944 through January 1946 in France and Germany. In words and pictures, it tells of Christmas in the trenches, long walks through the rain and mud, landscapes of fear and despair, lost friends and leaders, changing beliefs about human nature, God, and the Jerries (as he calls the Germans). Snapshots and colour sketches, painted in moments of reprieve during battle and carried home by this earnest young man and fledgling artist, help us see the world he saw.
Toon meer Toon minder