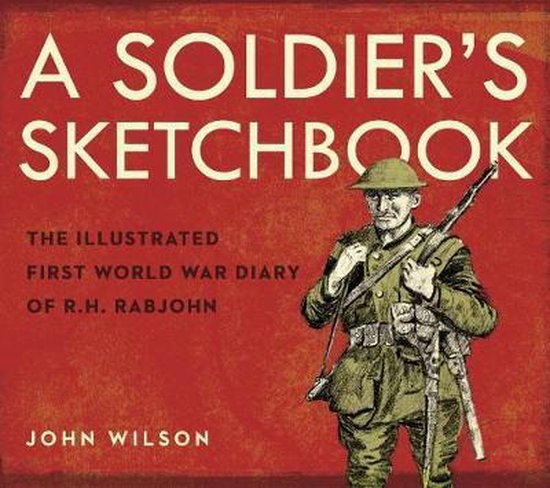 A self-proclaimed history addict, JOHN WILSON writes historical fiction and non-fiction for kids teens and adults. He is the author 31 books, 300 articles and essays, 30 poems and hundreds of book reviews. Wilson tours schools across Canada talking to kids of all ages about his writing, research and books. He lives in Lantzville on Vancouver Island.
Alles van John Wilson
Toon meer Toon minder

Russell Rabjohn was just eighteen years old when he joined up to fight in the First World War. In his three years of soldiering, he experienced the highs and lows of army life, from a carefree leave in Paris to the anguish of seeing friends die around him. Like many soldiers, he defied army regulations and recorded everything he saw and felt in a small pocket diary.
Private Rabjohn was a trained artist, and as such he was assigned to draw dugouts, map newly captured trenches, and sketch the graves of his fallen comrades. This allowed him to carry an artist's sketchbook on the battlefield--a freedom he put to good use, drawing everything he saw. Here, in vivid detail, are images of the captured pilot of a downed German biplane; the horrific Flanders mud; a German observation balloon exploding in midair; and the jubilant mood in the streets of Belgium when the Armistice is finally signed. With no surviving veterans of the First World War, Rabjohn's drawings are an unmatched visual record of a lost time.
Award-winning author John Wilson brings his skills as a historian and researcher to bear, carefully curating the diary to provide context and tell the story of Private Rabjohn's war. He has selected each of the diary entries and the accompanying images, and has provided the background that modern-day readers need to understand what a young soldier went through a century ago. The result is a wonderfully detailed and dramatic account of the war as seen through an artist's eyes.
Toon meer Toon minder