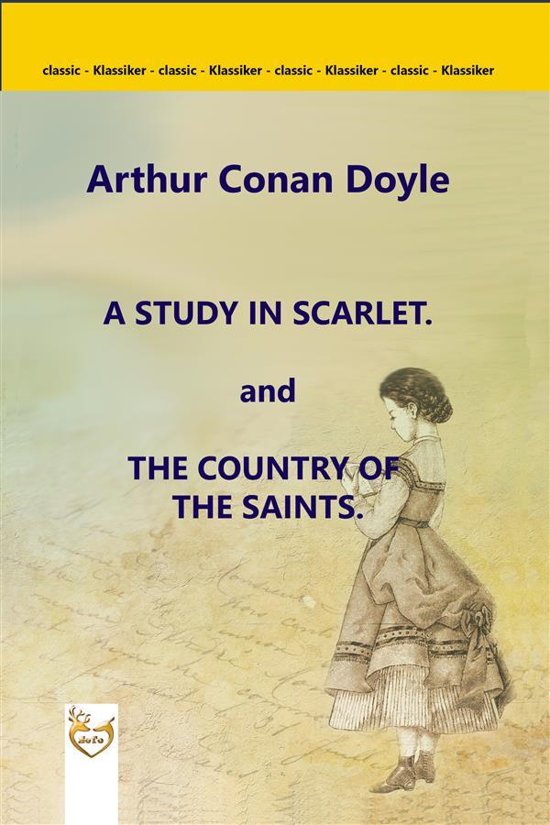 Arthur Conan Doyle
is schrijver.Sir Arthur Conan Doyle is the creator Sherlock Holmes, the best-known detective in literature and the embodiment of scientific thinking. Doyle himself was not a good example of rational personality: he believed in fairies and was interested in occultism. Sherlock Holmes stories have been translated into more than fifty languages, and made into plays, films, radio and television series, a musical comedy, a ballet, cartoons, comic books, and advertisement. By 1920 Doyle was one of the most highly paid writers in the world.
Doyle was born on May 22, 1859 at Picardy Place, Edinburgh, as the son of Charles Altamont Doyle, a civil servant in the Edinburgh Office of Works, and Mary (Foley) Doyle. Both of Doyle's parents were Roman Catholics. His father suffered from epilepsy and alcoholism and was eventually institutionalized. Charles Altamont died in an asylum in 1893. In the same year Doyle decided to finish permanently the adventures of his master detective. Because of financial problems, Doyle's mother kept a boarding house. Dr. Tsukasa Kobayashi has suspected in an article, that Doyle's mother had a long affair with Bryan Charles Waller, a lodger and a student of pathology, who had a deep impact to Conan Doyle. Andere die naar Arthur Conan Doyle zochten, zochten ook naar Jane Austen, Charles Dickens, Lewis Carroll en J.K. Rowling"" Op bol.com vind je alle boeken van Arthur Conan Doyle."
Alles van Arthur Conan Doyle
Toon meer Toon minder

"Criminal cases are continually hinging upon that one point. A man is suspected of a crime months perhaps after it has been committed. His linen or clothes are examined, and brownish stains discovered upon them. Are they blood stains, or mud stains, or rust stains, or fruit stains, or what are they? That is a question which has puzzled many an expert, and why? Because there was no reliable test. Now we have the Sherlock Holmes��� test, and there will no longer be any difficulty."

His eyes fairly glittered as he spoke, and he put his hand over his heart and bowed as if to some applauding crowd conjured up by his imagination.

"You are to be congratulated," I remarked, considerably surprised at his enthusiasm.

"There was the case of Von Bischoff at Frankfort last year. He would certainly have been hung had this test been in existence. Then there was Mason of Bradford, and the notorious Muller, and Lefevre of Montpellier, and Samson of New Orleans. I could name a score of cases in which it would have been decisive."

"You seem to be a walking calendar of crime," said Stamford with a laugh. "You might start a paper on those lines. Call it the "Police News of the Past.'"

"Very interesting reading it might be made, too," remarked Sherlock Holmes, sticking a small piece of plaster over the prick on his finger. "I have to be careful," he continued, turning to me with a smile, "for I dabble with poisons a good deal." He held out his hand as he spoke, and I noticed that it was all mottled over with similar pieces of plaster, and discoloured with strong acids.

"We came here on business," said Stamford, sitting down on a high three-legged stool, and pushing another one in my direction with his foot. "My friend here wants to take diggings, and as you were complaining that you could get no one to go halves with you, I thought that I had better bring you together."

Sherlock Holmes seemed delighted at the idea of sharing his rooms with me. "I have my eye on a suite in Baker Street," he said, "which would suit us down to the ground. You don't mind the smell of strong tobacco, I hope?"

"I always smoke "ship's' myself," I answered.