A Victorious Destination with God 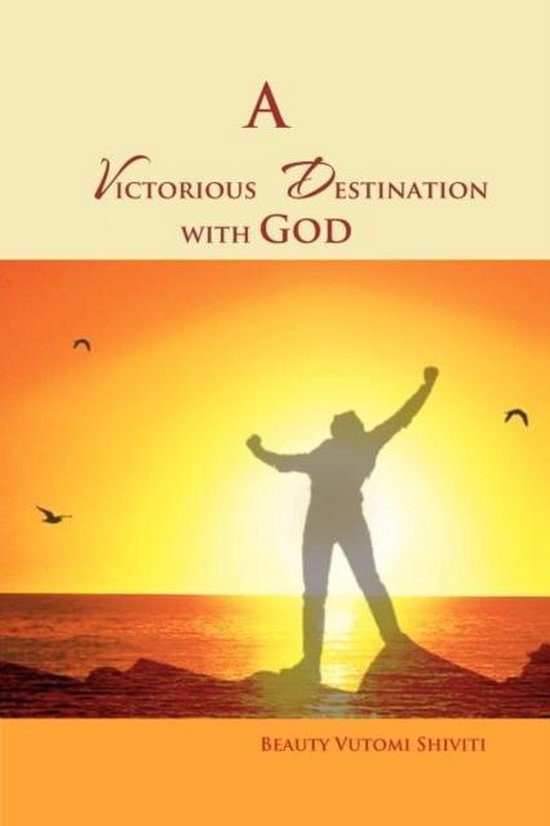 This book talks about walking a successful journey with God. Looking back to the History of the Israelites, you will understand that a journey has obstacles. God speaks through history to give an example of Israelites deliverance from degrading bondage of some kind to the promise land, Canaan. Israel was delivered from Egypts degrading bondage simple because God has promised them a destiny free of slavery and bondage. When God promise his children a place where they have to travel, He makes it a point that they arrive safe under the protection of His hand.


Israel, led by Moses, wandered in the Sinai wilderness. During that time, Israel experienced supernatural providence such as the supply of manna, water from rocks, and the pillar of cloud by day and fire by night, and so forth. During that time, they also received divine revelation the Mosaic Law. God communicated to them His holy standard.


Everyone in this world is in the journey. People want to see themselves in Canaan, a place of success. The land of Canaan represents the destination of Gods people after they have been set free from degrading bondage or slavery.


Canaan is a picture of rest and victory that can be enjoyed by every believer. You as a believer in the journey led by God are going to enjoy your success because God will ensure that you do. The deliverance from Egypt was only in preparation for the enjoyment of Canaan. In your Christian life, you are brought out of sin so that you may be brought in to abundant life. The wilderness is never Gods permanent destination for you.


Even as an entire generation of Israel died in the wilderness, so many Christians die in the desert of dryness of spiritual experience. This book is meant to remind you that you dont have to die without making it in life. You need the fullness of God to direct your journey.


Entrance into the land of Canaan was entrusted to a representative. Joshua was the trustee of the land for the people. In the same way, your representative Jesus goes before you and what you have in God you possess in Him.


The whole land was given, but they could only possess that which they claimed. What they took must be fought for against a determined opposition. God certainly could have simply eliminated all their enemies with a mere thought, but He calls Israel into partnership with Himself to see His will done. You need to partner with God and never entertain things of this world for you to reach your destination.


Because taking the land took effort, the challenge ahead was not for those content with Egypt, but for those who would press ahead for what God had called them to. The precise territory of the land is described. This was no Pizza in the sky promise. It described real land with real boundaries. It could not be easy anyway, so is your dream.


Be strong and very courageous Joshua is called to boldness in God. This exposes Joshuas weakness; there was a need for such a command, because even a great leader like Joshua needed such encouragement. Boldness is needed to everyone one who needs Canaan. You cant be weak. This bold courage would not be in Joshua himself, but in God. You can be full of self-confidence that will take you to ruin, but you should instead be full of a genuine God-confidence.


Joshua must take great care to observe the law. Gods word and Joshuas commitment to it would be the pillars supporting his success. You also need the word of God as a pillar supporting