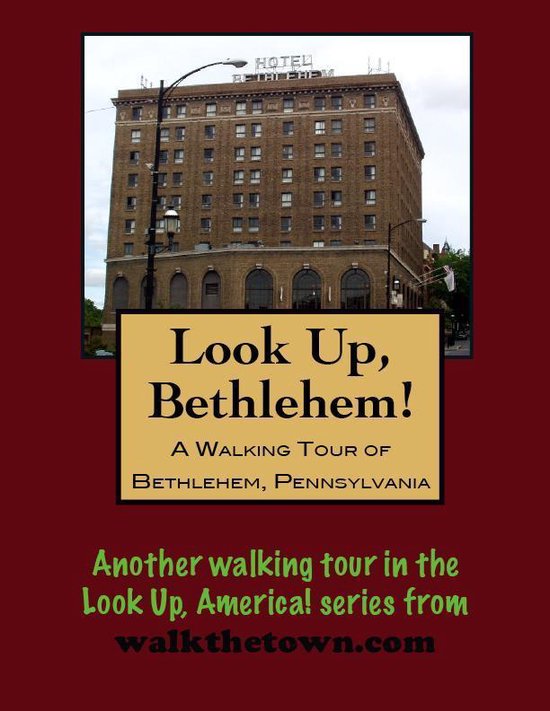 
In 1741 a small band of Moravian missionaries representing the Unitas Fratrum, founded in 1457 by followers of John Hus and now recognized as the oldest organized Protestant denomination in the world, walked into the wilderness and began a settlement on the banks of the Lehigh River near the Monocacy Creek. From the start it was to be a planned community in which property, privacy and personal relationships were to be subordinated to a common effort to achieve a spiritual ideal. On Christmas Eve of that first year the Moravians' patron, Count Nicholas Ludwig von Zinzendorf of Saxony, Germany, visited the new settlement. Over dinner, the Count christened the community "Bethlehem" to commemorate his visit.


To encourage communal living the Moravians built large Germanic-style structures of native limestone known as "choirs." Choirs were organized by gender and age and marital status so there were choirs for single men, married couples, little girls and so on. Some of these sturdy structures, among the most impressive buildings constructed in pre-Revolutionary America, have been in continuous use for over 250 years. The self-sufficient community wasted no time in building industry - more than three dozen trades and mills were in operation within five years. Goods from Bethlehem were known throughout the American colonies.


This heritage of manufacturing braced Bethlehem perfectly for the oncoming Industrial Revolution. When the Lehigh Canal opened in 1829, quickly followed by the Lehigh Valley Railroad, Bethlehem became a nationally known center of heavy industry. The zinc industry was centered here and iron companies were established by the 1850s. Through the building of government ordnance the Bethlehem Iron Works and then Bethlehem Steel Company were supplying war efforts around the globe.


Much of the face of present-day Bethlehem dates back to 1904 and the arrival in town of 42-year old Charles Michael Schwab. At age 39 Schwab was president of the biggest company in the world, United States Steel Corp. But after personality conflicts there, he left to take over and remake Bethlehem Steel Company and began pushing for a new type of wide-flange steel beam that required building an entire new mill. The H-beam and its desendent, the I-beam, would revolutionize the construction trade and make Bethlehem Steel the second largest steel company in the world.


Away from the office Schwab united the city from four fractious municipalities. He filled the surrounding neighborhoods with Bethlehem Steel employees and spurred the building of landmark neighborhoods such at Mt. Airy, where many of his executives set up camp. Our walking tour will focus on the streets and buildings of the Moravian community in historic central Bethlehem but, before that, we will start at one building that stands as a legacy to Charles M. Schwab and the halycon days of Bethlehem Steel...