A War Within The Gospel of Krishna 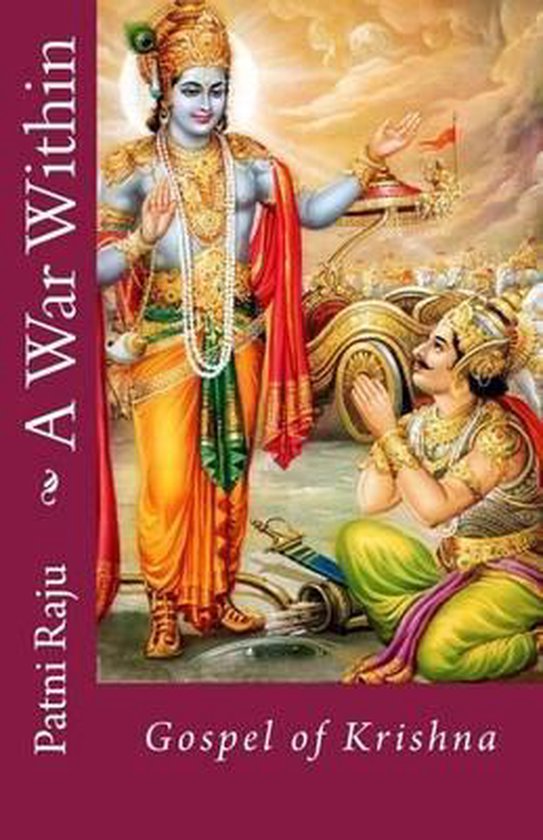 The essence of Bhagavadgita is that the man is born essentially in the ignorant stage of mental mind. Rather it is the Spirit that is the cause of creating the matter, from the matter, the life... finally taking the human form at ignorant state. The eternal truth of human life is: The Spirit the only cause of the creation of the Matter, from the Matter, Life evolved, from the life Mind evolved thereafter, Spirit using the mind, body complex as its instruments. Hence the Body, Life, and the Mind are merely a means and do not exist for themselves. The Spirit alone exist. It is the Spirit, the eternal Reality that has built up and employs the Matter (body), Life, and Mind, as its instruments. This is the secret reality of our life. Bhagavadgita, teaches us the war eternal, to transform ourselves from the ignorant state of mental mind, at which we are born, to the state of Super mind, the highest evolutionary state of human, and then merge back to its Source, (Self realization) the Spirit, by efficiently performing our given duty in a righteous way. Spirit the cause and effect of this cosmos and everything in this universe. Our body is employed as an instrument for the performance of the creative Spirit . The performance efficiency or the usage of the instrument is independent, depends on the instrument’s ability, by enabling itself in the usage of modification of Gunas as we have seen in the Mind states. We have also seen in the pure Super Mind state, and beyond Mind state, the creative Spirit, becomes identical with the Purusha. At this point of time, the Spirit is the direct doer, without the influence of the human (matter) performance efficiency: this is what is called as Perfection. This stage is un- affected by Karma . He is now no more an Object, the object has now turned into the Subject the doer. After understanding the highest evolution, and the ultimate goal of human life, one must understand the present life. The state of evolution at which one is in, at present: the state of mind. How efficient he is for the Prakriti to perform to support the further creation, also to protect its own creation. One Matter, but many atoms, bodies; one Energy, but many forces; One mind stuff, but many mental beings; one Spirit, but many souls. It is from One Supreme Spirit, everything was originally evolved. Everything that evolved must get involved, in order to necessitate its renewed evolution. The perfection is not only the Super mind state, but also in the productive mind states. It is not possible or required for everyone to get realization, but to attain the stage of righteousness. There is a purpose for every life. The purpose is not only self realization, but to perform. Self realization is the final destination of beings through performance. The human life is to perform the duty with highest efficiency. I It is not possible and required for the beings of the lower evolution to set the goal on only to the Realization. The doctrine of Karma is to check the perfection of being. The performance of perfection is possible only through the knowledge of both, the lower and the higher nature. The purpose of life is very clearly established in Bhagavadgita. This process is step by step evolution. If it is understood and followed properly, one can realize in this very life, by performing with the highest Ability (Aham-kara) with minimum deviation of performance Efficiency (Karma). This can be made possible by attaining the knowledge of Self and the knowledge of the world , along with the ability to control our own senses. Understanding of this truth will change our perception about our life. Then only we will be able to understand whatever we have discussed so far, and understand the true meanings of the scriptures in true form. It may be Bhagavadgita, or Koran, or Bible, without this understanding, truth of the scriptures cannot be understood to its essence.
Toon meer Toon minder