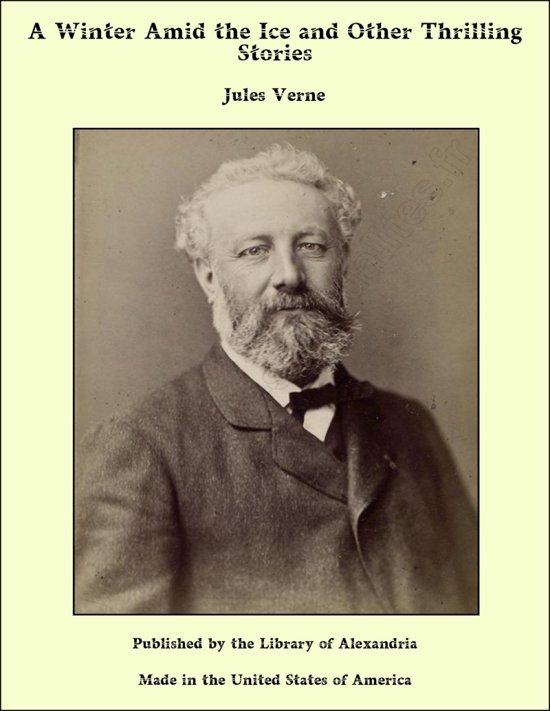 If you try to find, on any map of Flanders, ancient or modern, the small town of Quiquendone, probably you will not succeed. Is Quiquendone, then, one of those towns which have disappeared? No. A town of the future? By no means. It exists in spite of geographies, and has done so for some eight or nine hundred years. It even numbers two thousand three hundred and ninety-three souls, allowing one soul to each inhabitant. It is situated thirteen and a half kilometres north-west of Oudenarde, and fifteen and a quarter kilometres south-east of Bruges, in the heart of Flanders. The Vaar, a small tributary of the Scheldt, passes beneath its three bridges, which are still covered with a quaint mediæval roof, like that at Tournay. An old château is to be seen there, the first stone of which was laid so long ago as 1197, by Count Baldwin, afterwards Emperor of Constantinople; and there is a Town Hall, with Gothic windows, crowned by a chaplet of battlements, and surrounded by a turreted belfry, which rises three hundred and fifty-seven feet above the soil. Every hour you may hear there a chime of five octaves, a veritable aerial piano, the renown of which surpasses that of the famous chimes of Bruges. Strangers--if any ever come to Quiquendone--do not quit the curious old town until they have visited its "Stadtholder's Hall", adorned by a full-length portrait of William of Nassau, by Brandon; the loft of the Church of Saint Magloire, a masterpiece of sixteenth century architecture; the cast-iron well in the spacious Place Saint Ernuph, the admirable ornamentation of which is attributed to the artist-blacksmith, Quentin Metsys; the tomb formerly erected to Mary of Burgundy, daughter of Charles the Bold, who now reposes in the Church of Notre Dame at Bruges; and so on. The principal industry of Quiquendone is the manufacture of whipped creams and barley-sugar on a large scale. It has been governed by the Van Tricasses, from father to son, for several centuries. And yet Quiquendone is not on the map of Flanders! Have the geographers forgotten it, or is it an intentional omission? That I cannot tell; but Quiquendone really exists; with its narrow streets, its fortified walls, its Spanish-looking houses, its market, and its burgomaster--so much so, that it has recently been the theatre of some surprising phenomena, as extraordinary and incredible as they are true, which are to be recounted in the present narration.
Toon meer Toon minder