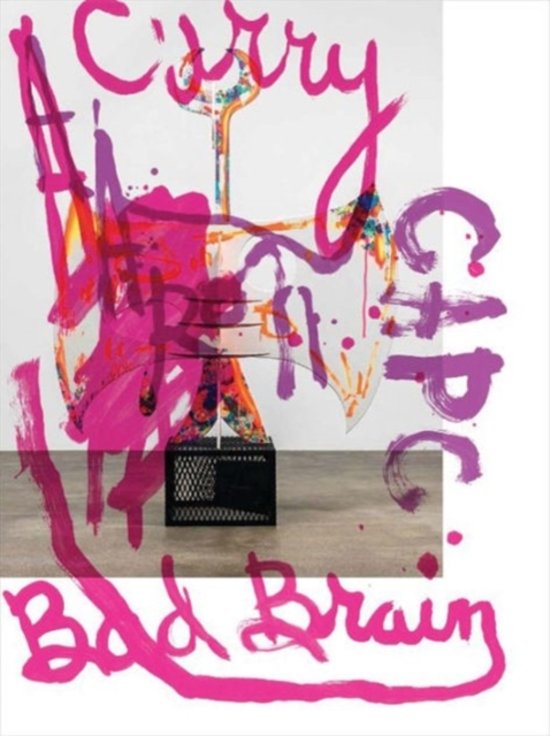 Bad Brain, Aaron Curry's eagerly awaited retrospective catalog from his 2014 exhibition at CAPC musee d'art contemporain de Bordeaux, features 80 artworks spanning a decade, between 2003 and 2014. As Michael Ned Holte writes, Bad Brain draws on the artist's "teenage fondness for Eddie, the skeletal mascot of Iron Maiden, and the gnarly skull drawings of Pushead, who provided artwork for Metallica t-shirts and Texas-based Zorlac skateboards; his eventual encounters with the weird figuration of the Chicago Imagists, the Hairy Who and the oozing faces of Peter Saul during his time in Chicago; and still later his close encounters with Richard Hawkins and Mike Kelley ... who provided support and encouragement for mining the margins (if not broad middle) of culture." The book also includes an annotated scrapbook of Curry's work by Hawkins.