Abortion Under Attack Women On The Challenges Facing Choice 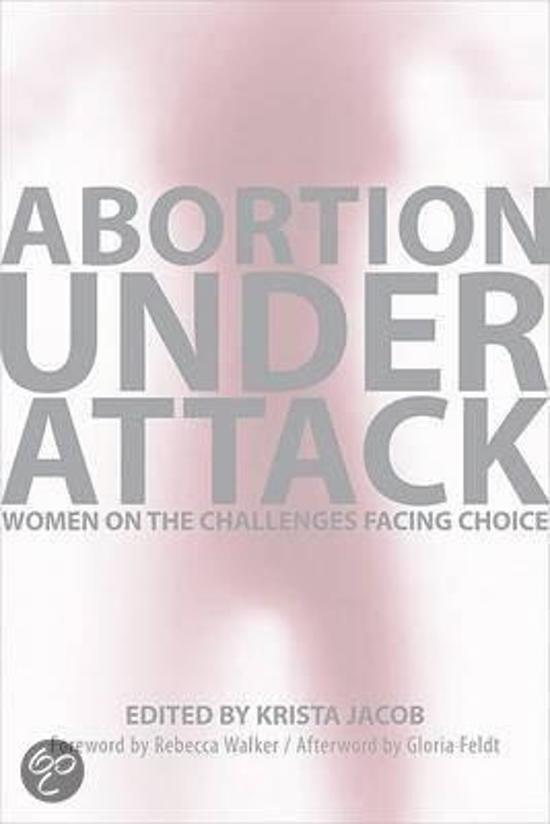 The issue of reproductive rights has taken center stage in recent months with the appointment of two conservative Supreme Court justices, which threatens Roe v. Wade, the supreme court case that legalized abortion in 1973. Abortion Under Attack addresses a spectrum of personal and social influences, ranging from dealing with remorse to the impact that economics, race, and culture have on a woman's right to choose. Krista Jacob, longtime advocate for reproductive rights and former abortion counselor, has compiled an impressive collection of writings by a diverse group of pro-choice activists who go beyond the same old analysis of reproductive rights to present the current issues facing the pro-choice movement. Feminist activist Amy Richards challenges supporters of reproductive rights to adopt language that strips conservatives of their moral authority as defenders of life. Author Laura Fraser writes about the dangers of a government that restricts Mifepristone, a drug that has proven effective in treating fibroids, endometriosis, and depression, because of its controversial use in terminating pregnancies. Gloria Feldt, the former President of Planned Parenthood, writes about how her personal experiences led to her role as a leader in the fight for reproductive justice, and offers strategies for preserving legal abortion.
Toon meer Toon minder