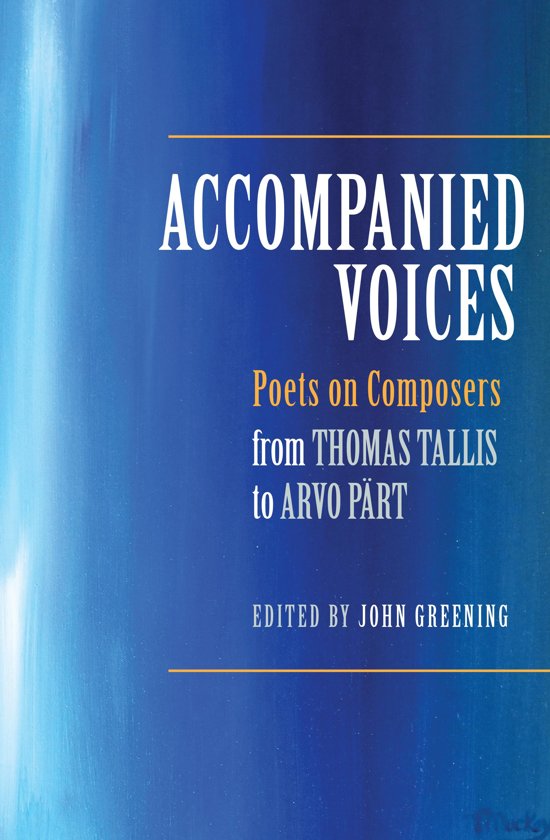 Accompanied Voices is a unique book: not only is it a highly readable anthology of some of the most memorable and accessible international writing about classical music, and a moving commentary by one set of practising artists on the work of another. There have been several anthologies of ''music poems'', but never one which follows the story of western music through from the Renaissance to the twenty-first century. This is in effect a chronological guide to the major composers of the last four hundred years, written in the language which comes closest to music itself - poetry. Readers will find in Accompanied Voices the same pleasure that they might find in simply putting on a CD and listening. Every page brings something to arrest or transport and there is extraordinary diversity of response. Anecdote, epiphany, portrait, meditation... but many of these poets offer intellectual insights too and even critiques - there is far more variety here than any straightforward music essay can manage. These poems move beyond the mere names of composers and their works, reaching for more universal concerns. Major poets represented include Geoffrey Hill, Ted Hughes, Elizabeth Jennings, Michael Longley, Andrew Motion, Peter Porter, Siegfried Sassoon, Jo Shapcott, Anne Stevenson and Charles Tomlinson among a total of nearly a hundred writers. JOHN GREENING is a poet and received a Cholmondeley Award in 2008. He is also a Hawthornden Fellow and a Fellow of the English Association. He has published studies of the Poets of the First World War, Yeats, Hardy, Edward Thomas and Elizabethan Love Poets.