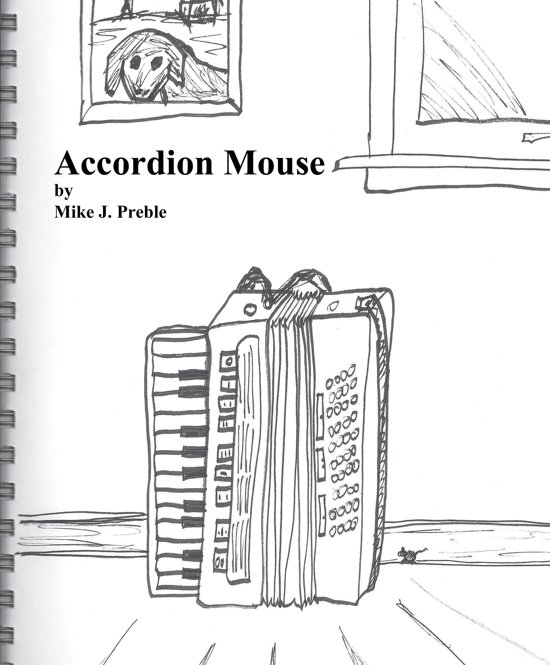 "Grandma," said Petunia Onion. "Tell me the story about the mouse and the accordion."
"All right," said Grandma. "But first, we better get comfortable."
For Petunia and her Grandma, comfortable meant an old brown couch with big, round arms that Petunia used for playing "Climb the Mountain'. She sometimes used the giant cushions for playing "Don't Touch the Floor-Hot Lava!'.
"You get the quilt and I'll tend to the fire," said Grandma.
Grandma had a big fireplace that was all black and yellow and red and orange when the fire was burning. She poked at the logs with a big metal poker-stick. Sparks flew and flames leapt higher and higher.
"Now, let's get covered up all snug and I'll warm my feet," said Grandma.
"Grandma," said Petunia. "You forgot your tea."
"I have it right here," said Grandma. She poured steaming tea from the flowery tea pot into her cup.
"Now, we'll let that cool a bit," said Grandma.
Petunia lay in Grandma's soft lap and curled up as small as she could. She watched the flames dancing up and down on the black and orange logs.