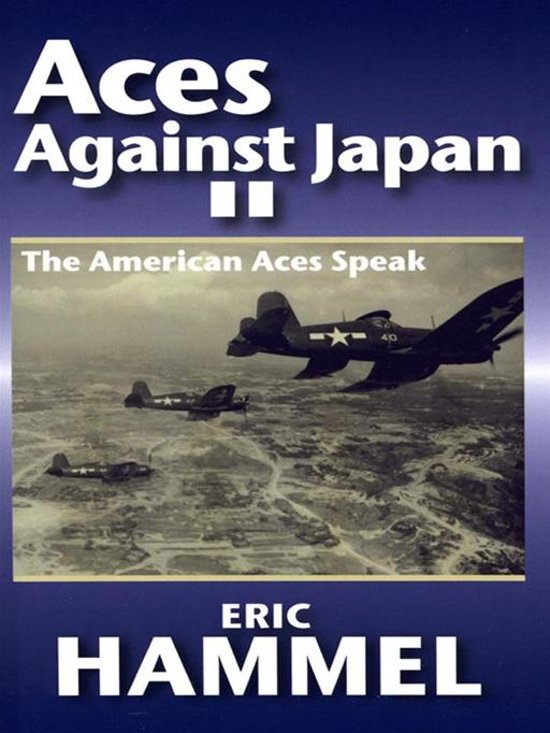 Picking up where he left off in his acclaimed Aces Against Japan and Aces Against Germany, leading combat historian Eric Hammel comes through again with an engrossing new collection of thirty-eight first-person accounts by American World War Il fighter aces. Coupled with a clear overview of America's far-flung air war against Japan and a clear appreciation of the burgeoning industrial might backing the American war effort, Hammel's detailed interviews bring forth the most thrilling in-the-cockpit experiences that World War II's fabled Army, Navy, Marine, and Flying Tiger aces have chosen to tell. Ride with 2d Lieutenant Jack Donalson as he downs three Zeros-over Luzon on the second desperate day of World War II in the Philippines. Share three lonely air battles over Burma and China with Flying Tiger aces RT Smith, Dick Rossi, and Joe Rosbert. Hear the cry of victory as 2d Lieutenant Don McGee survives yet another encounter with Zeros over embattled Port Moresby, New Guinea, in his substandard P-39 Airacobra. Feel your heart beat with anxiety as an injured Ensign Ed Wendorf races against time to land his damaged Helicat aboard the USS Lexington before he bleeds to death. And thrill to the hunt as Pearl Harbor veteran 1st Lieutenant Frank Holmes seeks personal revenge against Admiral Isoroku Yamamoto on one of history's most important and most thrilling fighter missions. Aces Against Japan II is a highly charged excursion into life and death in the air, told by men who excelled at piston-engine aerial combat and lived to tell about it. In sum, it is an emotional rendering of what brave airmen felt and how they fought in the now-dim days of America's living national history.
Toon meer Toon minder