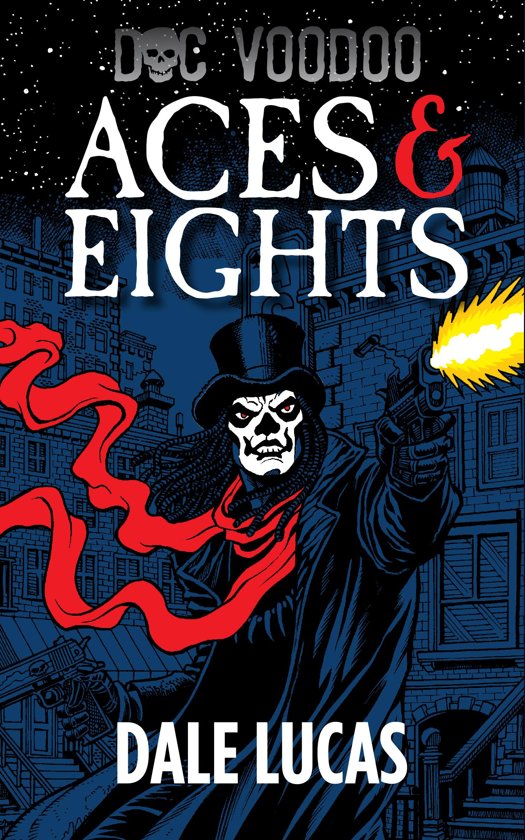 
As the West Indies and the Harlem Knights wage a bloody turf war, the Irish, Italian and Jewish mobs circle like sharks and a helpless community bleeds. But one of Harlem's darkest denizens has been called by the old gods in answer to the people's prayers for help. He stalks Harlem's night as a skull-faced, gun-toting, voodoo-powered avenger that the people call the Cemetery Man... the Witch Doctor... the Dread Baron...


But you can just call him Doc Voodoo.


In Aces & Eights the Queen Bee controls the speakeasies, brothels and numbers rackets in north Harlem; Papa House controls the south. As the Queen Bee puts the final touches on her new night club, Papa House makes his move to take over all of Harlem, declaring war. But Doc Voodoo is conjuring the Loas and getting horsed to maintain peace, prosperity, and autonomy for the residents of Harlem. Navigating a minefield of gang rivalries, political corruption, and black magic, Doc Voodoo lays down a new law in Harlem, dispensing two-fisted justice with a heaping helping of hot lead!


Aces & Eights is the first book of the Doc Voodoo series.