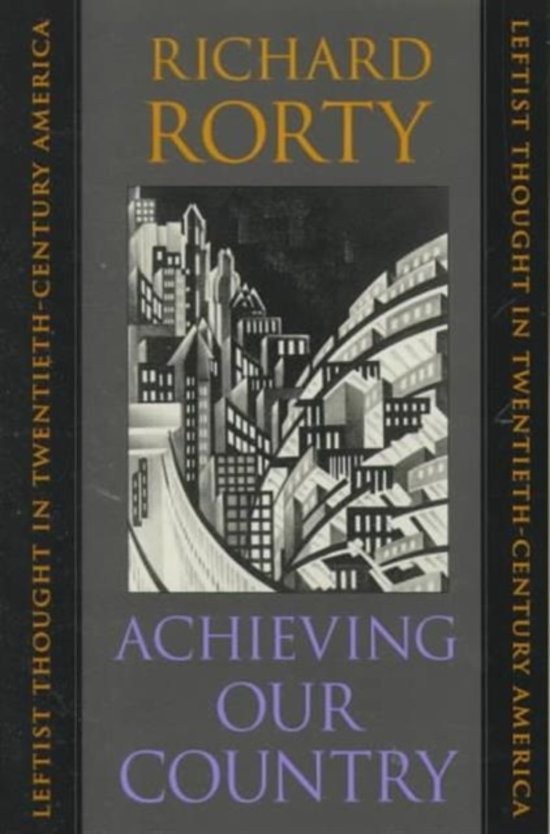 Must the sins of America's past poison its hope for the future? Lately the American Left, withdrawing into the ivied halls of academe to rue the nation's shame, has answered yes in both word and deed. In Achieving Our Country, one of America's foremost philosophers challenges this lost generation of the Left to understand the role it might play in the great tradition of democratic intellectual labor that started with writers like Walt Whitman and John Dewey. How have national pride and American patriotism come to seem an endorsement of atrocities--from slavery to the slaughter of Native Americans, from the rape of ancient forests to the Vietnam War? Achieving Our Country traces the sources of this debilitating mentality of shame in the Left, as well as the harm it does to its proponents and to the country. At the center of this history is the conflict between the Old Left and the New that arose during the Vietnam War era. Richard Rorty describes how the paradoxical victory of the antiwar movement, ushering in the Nixon years, encouraged a disillusioned generation of intellectuals to pursue High Theory at the expense of considering the place of ideas in our common life. In this turn to theory, Rorty sees a retreat from the secularism and pragmatism championed by Dewey and Whitman, and he decries the tendency of the heirs of the New Left to theorize about the United States from a distance instead of participating in the civic work of shaping our national future. In the absence of a vibrant, active Left, the views of intellectuals on the American Right have come to dominate the public sphere. This galvanizing book, adapted from Rorty's Massey Lectures of 1997, takes the first step toward redressing the imbalance in American cultural life by rallying those on the Left to the civic engagement and inspiration needed for achieving our country.
Toon meer Toon minder