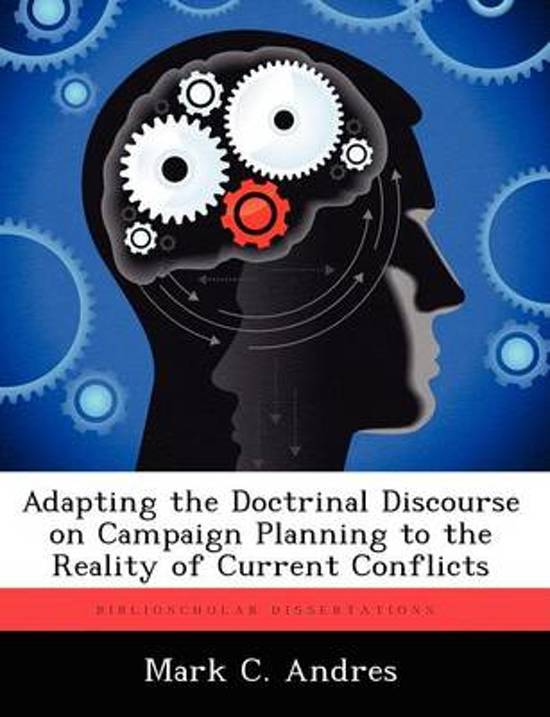 The historical examples of World War I, World War II, Korea, and the 1991 Gulf War are the basis of the current Joint and Army campaign planning doctrine. These conflicts highlight the requirement to centrally plan campaigns that efficiently utilize scarce military resources against similarly organized and relatively homogeneous conventional foes. Over the course of eighty years, the destruction of this opposing force as efficiently as possible became the object of American military campaigns. Concurrently, the United States military learned that while conducting both counterinsurgency and stability operations, specificity of action tailored to the particular characteristics of a given operating environment was more important to achieving strategic objectives than the efficient employment of scares assets. Joint and Army campaign planning doctrine did not capture these lessons; instead, they continued to focus on high intensity combat. Operation Iraqi Freedom demonstrated spectacularly the limits of the current concept for campaign planning. It showed that the Joint Force Commander could plan and execute a campaign that destroyed the opposing force, but failed to create the conditions that supported the attainment of strategic objectives. Furthermore, it demonstrated that the centrally planned joint campaign could not envision all the nuances of the theater of operations and provide relevant guidance to subordinate commanders conducting counterinsurgency and stability operations. To achieve strategic objectives, commanders of corps, divisions, and brigade combat teams began planning campaigns tailored to the specifics of their areas of operation that were nested with the plans of their higher headquarters.
Toon meer Toon minder