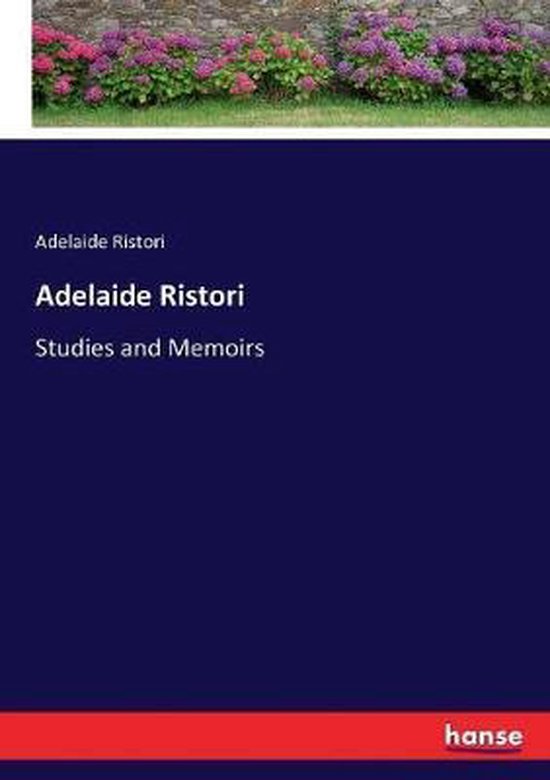 “Italian actress, was born at Cividale del Friuli on the 30th of January 1822, the daughter of strolling players. As a child she appeared upon the stage, and at fourteen made her first success as Francesca da Rimini in Silvio Pellico’s tragedy. She was eighteen when for the first time she played Mary Stuart in an Italian version of Schiller’s play. She had been a member of the Sardinian company and also of the Ducal company at Parma for some years before her marriage (1846) to the marchese Giuliano Capranica del Grillo (d. 1861); and after a short retirement she returned to the stage and played regularly in Turin and the provinces. It was not until 1855 that she paid her first professional visit to Paris, where the part of Francesca was chosen for her debut. In this she was rather coldly received, but she took Paris by storm in the title role of Alfieri’s Myrrha. Furious partisanship was aroused by the appearance of a rival to the great Rachel. Paris was divided into two camps of opinion. Humble playgoers fought at gallery doors over the merits of their respective favorites. The two famous women never actually met, but the French actress seems to have been convinced that Ristori had no feelings towards her but those of admiration and respect. A tour in other countries was followed (1856) by a fresh visit to Paris, when Ristori appeared in Montanelli’s Italian translation of Legouvé’s Medea. She repeated her success in this in London. In 18 57 she visited Madrid, playing in Spanish to enthusiastic audiences, and in 1866 she paid the first of four visits to the United States, where she won much applause, particularly in Giacometti’s Elizabeth, an Italian study of the English sovereign. She finally retired from professional life in 1885, and died on the 9th of October 1906 in Rome. She left a son, the marchese Georgio Capranica del Grillo. Her Studies and Memoirs (1888) provide a lively account of an interesting career, and are particularly valuable for the chapters devoted to the psychological explanation of the characters of Mary Stuart, Elizabeth, Myrrha, Phaedra and Lady Macbeth, in her interpretation of which Ristori combined high dramatic instinct with the keenest and most critical intellectual study.”—The Encyclopedia Britannica, A Dictionary of Arts, Sciences, Literature and General Information, 11th Edition, 1911
Toon meer Toon minder