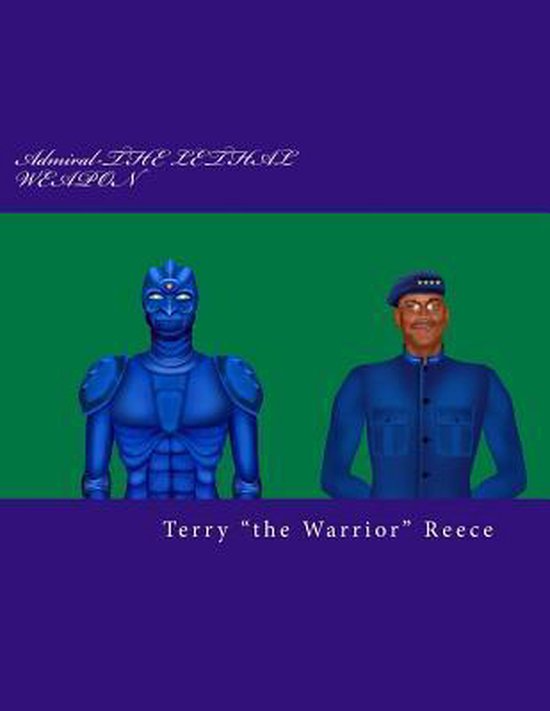 © Admiral-The Lethal Weapon: (TM)He commands the ©Force, a sword of Lighting Steel, which holds the Power of a Thousand Lightening Bolts. It is a silver-red steel, and its handle, will only yield to the hand of © Admiral-The Lethal Weapon.© Admiral wears a Military-Samurai Captain’s uniform, with his warrior style footwear, thin-fit boots. He stands 6ft . 5Inches, tall lean muscular. He has mastered the Arts of the Samurai, and “the Way of The Warrior” ; is engraved within his mind, yet he does not practice it purely, and also the Powers of the Ancients for the gifts of Telekinesis Transportation.His true name is David Comanche. He is a Half ling; An offspring of Native Indian, and Japanese-African. True to his Ancestors, he lavishes in the abilities of his powerful martial arts skills, and uses his powerful limbs, along with his sword to battle evil doers, everywhere.His Endoskeleton is Nanomite and Lightening constructed, meaning that combined with his regenerative powers, of his endoskeleton and Exoskeleton skin, make him virtually almost indestructible to men kind. His Powerful Samurai kicks, thrusts, chops, and punches, basically “Pulverize” whatever he aims to destroy, because when he does want to, during these kicks, thrusts, andpunches, he can release powerful electrical lightening Blasts from his limbs simultaneously.“Comanche”, as he was always called, in his younger days, had began a stellar career, in the Navy, and had become a highly decorated recruit, because his high intelligence, and lifetime studies of the martial arts, made him a “no-brainier” for the Navy Seal “T.E.A.M.”; and he quickly received his confirmation orders.But, during one of his training OPPS., David received an over-sufferance of an explosive, Particles of the wrong Chemicals that someone had mistakenly utilized in the preparations of the “mock” mine fields, which the practicing Seals, maneuvered to train for such type foreign occasions, during true combat missions. The Chemical called Jupiter-rite, was so appropriately named after the planet, because of its many observed surface explosions. The compounds from Jupiter-rite, caused dispersion of molecules, and then reignited, secondary and triple, even sometime quadruple explosions, rippled as its own chemical gases remixed with certain atmospheres, and pressures. The Jupiter-rite, wanted to molecularly break down whatever, or whose-ever matter, which it came in contact with.After “ © Comanche” was injured, renowned Military Scientist, Professor ©Jonathan Porter, was called, and his research “T.E.A.M.” at The National Institute of Clone & Technology, were quickly relocated to the “Keys” laboratory facilities, along with a “T.E.A.M.” from the Nanomite Particulates Medical Research Institute. Nanomites, nano-mites or nanites are extremely microscopic robot forms usually measuring in the incredible scale of nanometers. Military use is not the only way to utilize these amazing machines as there are also more beneficial applications such as in the field of medicine and construction. The nanomites had also proven to have other uses, as proven by the Professor, who used them to create nanomite-enhanced Neo-Vipers, completely amoral, obedient and no feeling of pain. The nanomites could also expunge any toxins from the body.
Toon meer Toon minder