Advances and Technical Standards in Neurosurgery 25 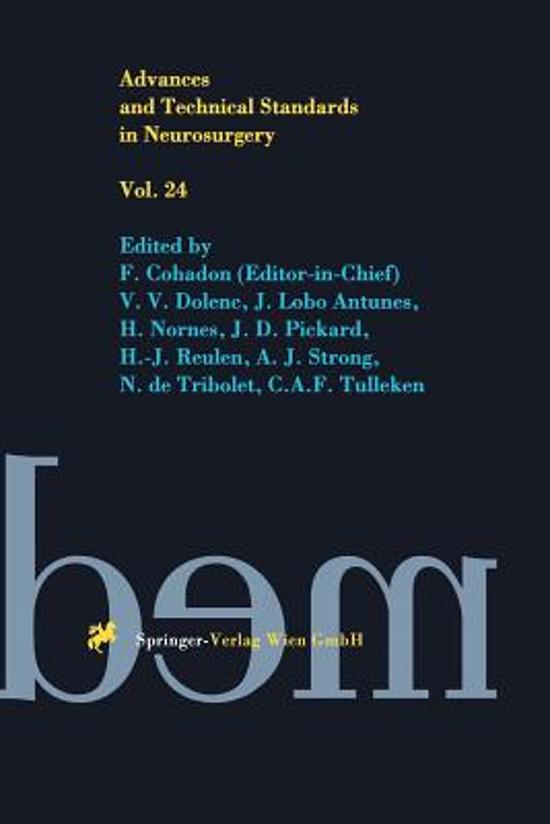 As an addition to the European postgraduate training system for young neurosurgeons we began to publish in 1974 this series of Advances and Technical Standards in Neurosurgery which was later sponsored by the European Association of Neurosurgical Societies. This series was first discussed in 1972 at a combined meeting of the Italian and German Neurosurgical Societies in Taormina, the founding fathers of the series being Jean Brihaye, Bernard Pertuiset, Fritz Loew and Hugo Krayenbiihl. Thus were established the principles of European co­ operation which have been born from the European spirit, flourished in the European Association, and have throughout been associated with this series. The fact that the English language is well on the way to becoming the international medium at European scientific conferences is a great asset in terms of mutual understanding. Therefore we have decided to publish all contributions in English, regardless of the native language of the authors. All contributions are submitted to the entire editorial board before publi­ cation of any volume. Our series is not intended to compete with the publications of original scientific papers in other neurosurgical journals. Our intention is, rather, to present fields of neurosurgery and related areas in which important recent advances have been made. The contributions are written by specialists in the given fields and constitute the first part of each volume.
Toon meer Toon minder