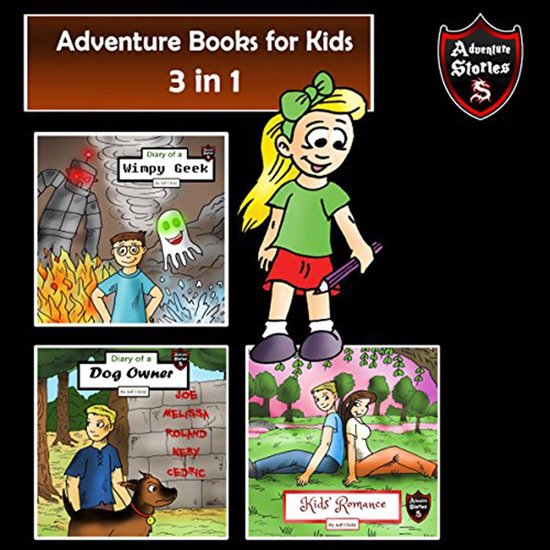 Story 1: Martin is a nerd, and he is curious by nature. Perhaps this is why he has studied so much. But his curiosity takes a toll on him when he combines the four elements and adds a little substance to it called ''zin''. Each element turns into a different enemy which Martin has to outsmart or outrun. It's only a matter of time before he realizes that he should have let it go.


Story 2: In this diary of a regular guy, you'll find an adventure that starts with a murder scene unfolds into a mysterious search, and ends with the defeat of evil. Cedric is an average citizen of his little town, but when his name appears on a creepy wall with previous victims, he knows he has to do something, or he will be next. He and his dog, Bruno, pursue a suspect and are shocked at what they find.


Story 3: In this world, Connor and Katy meet. They become best friends, and they work well together, but when one of them gets a crush on the other, their friendship is in danger. Can they continue to be friends without having feelings for each other? As time elapses, they have fun together, talk together, and share time in a school project, but when zombies attack the village, their faithful friendship is severely tested.