Adventures of the Elements 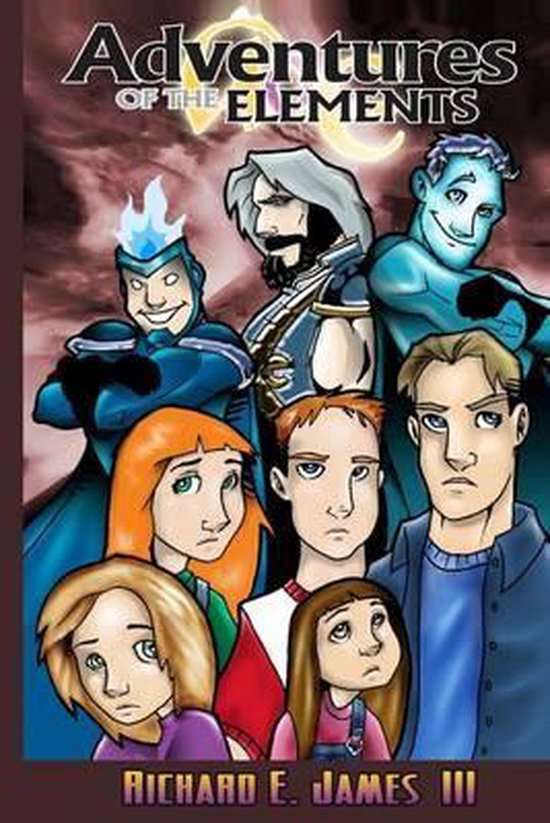 Strange, invisible creatures wage wars and create substances which control everything we see and do. Only a chosen few maintain order among these violent forces and the evil which seeks to destroy humanity. Unseen for centuries, these invisible creatures, called element guardians, finally reveal themselves to five siblings who embark on a series of terrifying yet thrilling adventures. Welcome to the volatile chemical world, a world we survive each day without ever knowing exactly how precarious and unstable our earth is.In the Adventures of the Elements, kids are empowered to solve everyday problems. The stories create a call to action, to improve ourselves and our environment no matter how difficult the struggle.In the story, everyone is engaged in a volatile struggle. There is no escape but it is your choice whether to aid the element guardians in battling the evils of humanity. The more evil grows, the more it contributes to the strength of evil molecules and elements in their quest to destroy our world.The choices we make can alter these elements and molecules’ views and ultimately shift the balance of power. Unfortunately, there is no end to the vigilance we must all maintain because the chemical world is in a constant state of flux, chaos, and change.Adventures of the Elements depicts this saga of two brothers’ and three sisters’ encounters with the mythical guardians of the elements who are personified into superhero-like characters. Through a medium fabricated by the children’s act of unearthing and wearing a magical pair of sunglasses, the siblings not only see the elements and molecules but the chaotic chemical world in it most horrific yet beautiful detail.The children take a plunge into the unknown by agreeing to aid the elements in battling such diabolical molecules as Urban Carbon Monoxide, Ozzie Ozone, the Sultan of Sulfur Dioxide, Nick Nicotine, Dert Phosphate, and Cyanide.The children live in contemporary time. Many of the adventures occur in familiar settings such as at school, at home, or on the football field. Thus, the children deal with peer pressure, acceptance and rejection, completing school assignments and making passing grades, playing sports, and confronting fears faced by today’s youth who range in age from five to fifteen. The only difference is that the five children must juggle these issues while attempting to save the world from lethal forces their friends cannot see nor comprehend.The stories are driven by the children’s actions and interactions with the element guardians and molecules. The siblings are often trapped in seemingly inescapable predicaments and must rely on their resourcefulness to conquer these situations. Often, the children are separated and confront varying perils, molecules, and elements who are all interlinked through the plot. In many cases, Richard, the oldest sibling, and Catherine, the oldest of the three girls, are the protagonists. However, their brother and sisters spend almost as much time in the spotlight.Every aspect of the book series relays information about the chemical elements as the reader is propelled through a saga of riveting adventures. For instance, the first names of the elements begin with their chemical symbols found on the periodic table such as in Ollie Oxygen, Xerxes Xenon, Arla Argon, and Casper Calcium. In essence, the captivating story gives science a personality through a series of gripping, spine-tingling tales.A unique and effective way of introducing children of all ages to scientific terminology and concepts while incorporating other academic areas. The books alleviates the frustration and fear often associated with attempting to master the basics of science.Adventures of the Elements is the popularity of current games, the suspense of an edgy thriller, the adventure of contemporary fantasy, the educational benefits of class, and the coolness of a superhero saga all rolled into one tale.
Toon meer Toon minder