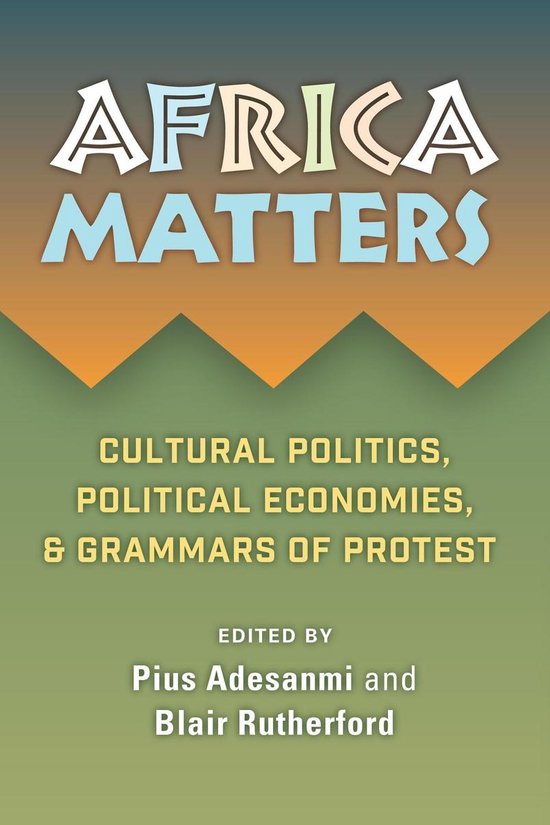 Africa Matters: Cultural politics, political economies, & grammars of protest provides a sampling of some of these insightful articles from the first five issues of Nokoko, bringing together some of the pieces that for the editorial board of the journal are particularly perspicacious in their analysis and resonant in their crafting. Like expressions associated with the Ga word, Nokoko has brought something new, novel, if not surprising and interesting, to the wider publics. It supports a wider commitment to bring a range of views and voices in and on "Africa," some of who are just emerging, all of whose insights are fresh and challenging. Grouping twelve articles in three sections of this book permits a new dialogue to emerge around the key themes of cultural politics, political economies and grammars of protest. Their intersection here provides a sharp spotlight on some of the seams, knots, and contestations of varied "matters" of import for many Africans in the twenty-first century.


As a verb, the authors contribute to teasing out the varied ways "Africa" is increasingly important in economies, politics, and daily lives for many outside of the continent of Africa even if, perversely, there is a deeper sense of abjection, of rejection by their governments and corporations and deep neglect by those in the Global North and international institutions, by more and more within different parts of Africa.


In its nounal form, the book's chapters trace some of the forms, objects, and lives of differently constituted groups, polities and communities within African and its diasporas. The Africa matters here range from fashion to literature, entrepreneurs to monetary policy, regional administrative bodies to feminist movements, cellphones to cinema, xenophobic violence to political activism.


The first section of the book explores different dimensions of cultural politics, some of the symbolic significations and sentiments that help motivate, rationalize, dissemble, and constitute the debates, and socialities from the murmurings and rumours careening down proverbial radio trottoir to the boardrooms of banks, from state prisons to international development donor workshops.


This is followed by a section that examines the weight of political economy, the political formations, the power dynamics, and the economic drives and inequalities constituting many of the valuations of the "worth" of African matters for differently positions actors, companies, policy-makers, and opinion-shapers.


While the chapters in the previous two sections show Africans on the continent or the diaspora generating cultural forms for various audiences on the scale of the person or the globe, engaging in debates, carrying out entrepreneurship, engaged in bureaucratic maneuverings, avoiding terror, and the like, the chapters in this final section address specific politic actions. Attending to the specific grammars of protest in particular historical moments, they show how different Africans are generating specific confrontations with power, with specific examples coming from Kenya and from South Africa.