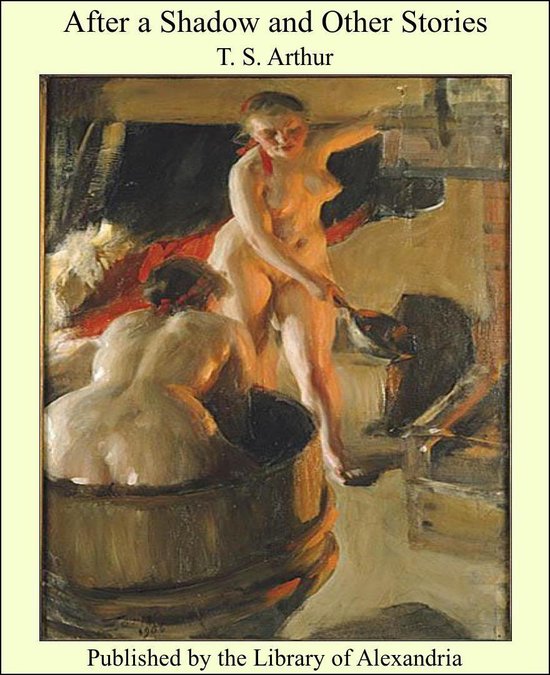 AFTER A SHADOW. ''ARTY! Arty!'' called Mrs. Mayflower, from the window, one bright June morning. ''Arty, darling! What is the child after? Just look at him, Mr. Mayflower!'' I leaned from the window, in pleasant excitement, to see what new and wonderful performance had been attempted by my little prodigy—my first born—my year old bud of beauty, the folded leaves in whose bosom were just beginning to loosen themselves, and send out upon the air sweet intimations of an abounding fragrance. He had escaped from his nurse, and was running off in the clear sunshine, the slant rays of which threw a long shadow before him. ''Arty, darling!'' His mother's voice flew along and past his ear, kissing it in gentle remonstrance as it went by. But baby was in eager pursuit of something, and the call, if heard, was unheeded. His eyes were opening world-ward, and every new phenomenon—commonplace and unheeded by us—that addressed itself to his senses, became a wonder and a delight. Some new object was drawing him away from the loving heart and protecting arm. ''Run after him, Mr. Mayflower!'' said my wife, with a touch of anxiety in her voice. ''He might fall and hurt himself