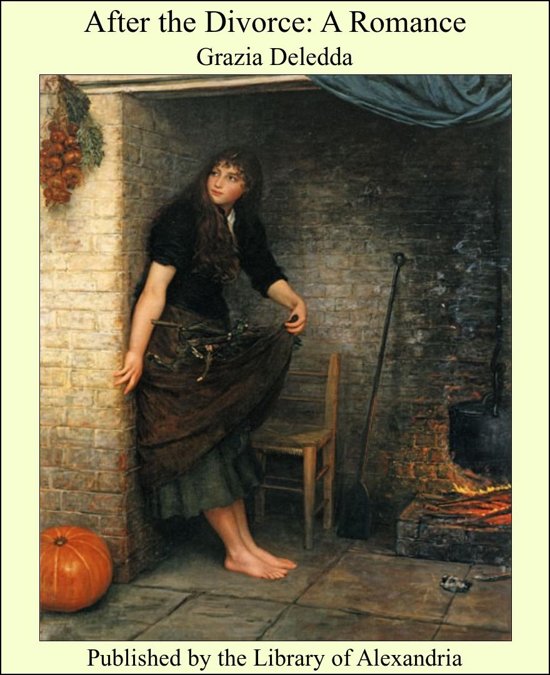 AFTER THE DIVORCE CHAPTER I Nineteen Hundred and Seven. In the ''strangers' room'' of the Porru house a woman sat crying. Crouched on the floor near the bed, her knees drawn up, her arms resting on her knees, and her forehead on her arms, she wept and sobbed continuously, shaking her head from time to time as though to indicate that there was no more hope, absolutely none at all; while her plump shoulders and straight young back rose and fell in the tightly fitting yellow bodice, like a wave of the sea. The room was nearly in darkness; there were no windows, but through the open door which gave upon a bricked gallery, a stretch of dull grey sky could be seen, growing momentarily darker; and far, far away, against this dusky background, gleamed the yellow ray of a little, solitary star. From the courtyard below came the shrill chirping of a cricket, and the occasional stamp of horses' hoofs on the stone pavement. A short, heavy woman, clad in the Nuorese dress, with a large, fat, old-woman face, appeared in the doorway; she carried a four-branched iron candlestick, in one socket of which burned a wick soaked in oil
Toon meer Toon minder