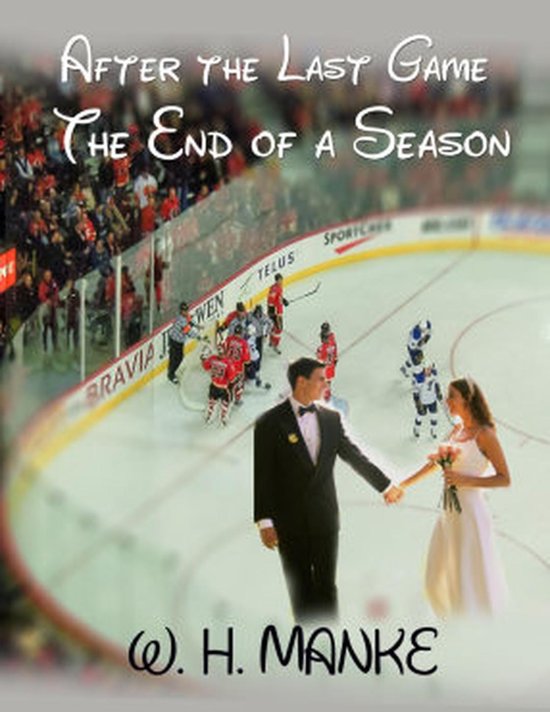 Michael is a professional hockey player. He has played the game for as long as he can remember. His father was his first coach. On the frozen pond eighty-two steps behind the farm's machine shed he learned to skate. There his father taught him the basic skills of the game before he was old enough to go to school. There he practiced to stickhandle and shoot for hours and played many games with his friends for the cup until darkness ended their games. After years of playing at the hightest level he still loves the game. He loves it more than all the riches the sport has given him.


It's the last game of the season. He and his teammates are the underdogs competing in a best of seven games series for the ultimate prize, the coveted cup. At thirty-two Michael did drink from the cup once already. He knows what it will take to lift it again. He is in the best shape of his career, and he wants to hoist the trophy once more.


Yet, when he is alone in his mansion after the game, he feels in his heart that something important is missing in his life. He has more worldly goods than most men, a good education that will provide him with a profession when his plarying days are over. He loves his parents, the rest of his family and his many friends. They provide him with strong roots. To others he appears to have everything a man can desire. They know nothing of the silent longing in his heart.


After the last game, a sweet victory on the ice, at the team's fan appreciation day's ceremony he and his teammates present bouquets of roses as a token of appreciation to fans who have come to celebrate the team's victory. As Michael hands a bouquet to Rachel, a young woman he has never seen before this day, he realizes instantly that she would fill that silent longing in his life. But how can he meet her again? He knows nothing about the lady or her friends with whom she came to watch the Falcons fight for the cup in that last game and to the fan appreciation ceremony. All he knows is that he must find her and meet her again.


Rachel was instantly smitten by the tall player who smiled at her and handed her the delightful bouquet of roses. She is beautiful but shy around strangers. Her heart always beats faster whenever she thinks about him. As the days pass, she realizes that she never felt what she feels for this stranger for any other man. As much as she would like to get to know him she does not dare to try to contact this man who captained his team to the ultimate prize and captured her heart handing her a bouquet of roses after the last game.