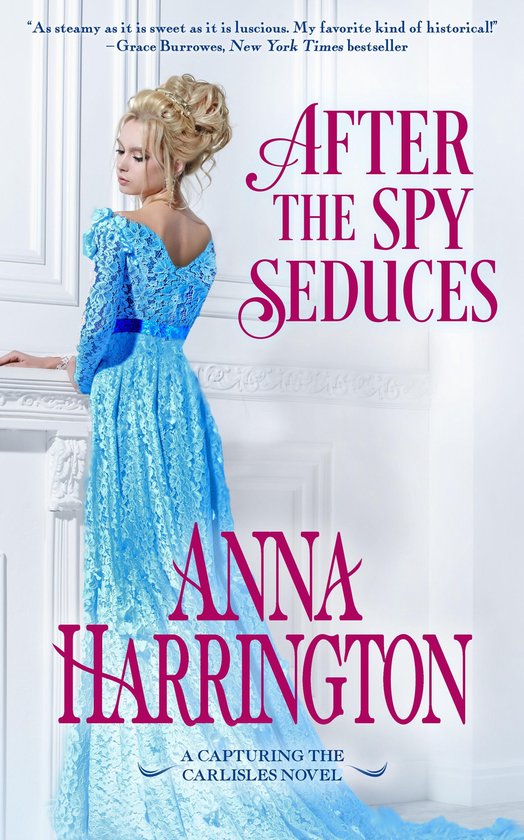 The Spy Who Loves Her


As the second son of the Earl of Spalding, Christopher Carlisle appears content to do nothing more than live out his life in gambling hells, wild parties, and widows' beds. But Kit's scapegrace existence hides his true calling—as a secret operative who has dedicated his life to crown and country. When his partner is murdered, nothing will distract him from his pursuit of justice…until he meets Diana Morgan. When he discovers the general's lovely daughter disguised as a boy in a seedy tavern, he's thrust into a tangled web of lies and deceit that leaves him wondering if anything is as it seems. Especially Diana.


Diana Morgan will do anything to keep her family safe, including risking her own life. So when her missing brother is accused of treason and murder, she's forced to make a deal with the devil himself—cooperate with Kit in order to find her brother before the French get to him first. Diana must race to prove her brother's innocence before Kit can send him to the gallows, but as trust grows between them, so does desire. Soon, secrets are revealed that threaten everything Diana holds most dear, and when their lives are placed in peril, she finds herself desperately wanting the one thing she can never have…Kit's heart.


''Consider me a freshly minted fan of Harrington's style of happy ever after.'' — USA Today