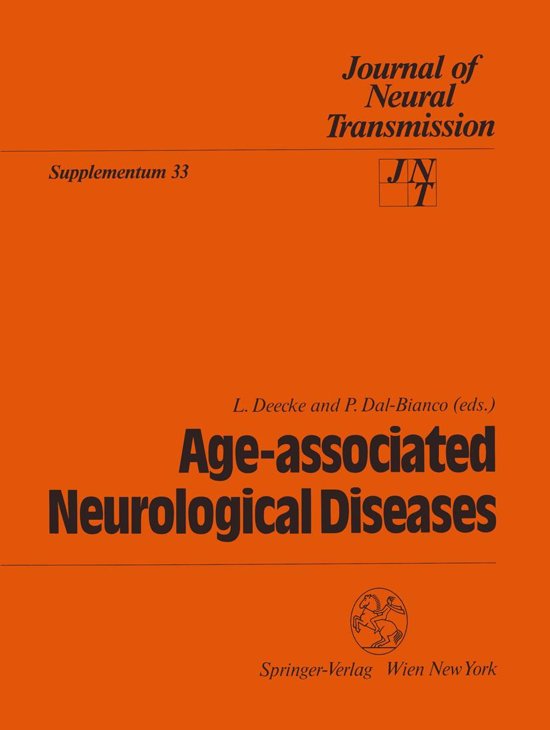 The papers compiled in this supplementum are a selection of the best con th tributions presented at the 19 Central-European Neurological Symposium (CNS 19) held on June 29 - July 1, 1989 in Vienna. The main topic of this conference was degenerative and age-associated neurological diseases. In recent decades life expectancy has dramatically increased, at least in the industrialized countries. This has led to extreme distortions of the so-called population pyramids that no longer look like such but begin to almost resemble cylinders. As a consequence of this ''overaging'' of the population, diseases that are associated with age have become much more common than before. It was thus more than reasonable to devote a congress of the CNS series to these important neurological diseases. The following fields of interest are covered: Age-associated memory impairment (AAMI), Alzheimer's and other dementias, Parkinson's disease and other movement disorders, stroke and others. Concerning the de men tias, some papers deal with diagnosis employing neuro-imaging methods such as MRI, CT, PET and SPECT, others using electrophysiological methods. An important aspect in the early preclinical diagnosis of dementia is the inclusion of neuropsychological tests to enhance the chance of effec tive early treatment. Also drugs that are now under clinical investigation are discussed and preliminary results are presented.