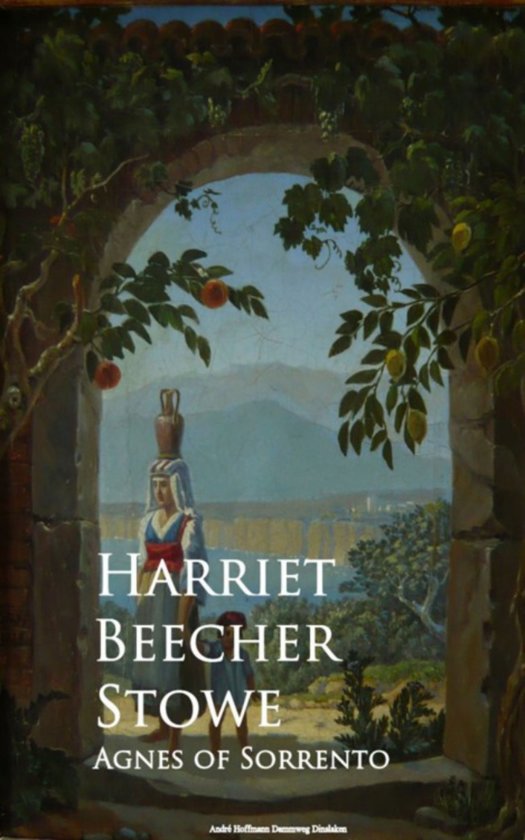 In the summer of 1859, Mrs. Stowe made her third and last journey to Europe. During the summer, the whole family was abroad, save the youngest; but in the autumn Mr. Stowe and one of the daughters returned to America, leaving Mrs. Stowe with two daughters and a son to spend the winter in Italy. The residence there was mainly to establish the health of the family; but Mrs. Stowe had entered into engagements with the New York Ledger and the New York Independent to furnish contributions, with a design ultimately of collecting the papers and recasting them for a volume to be published in the spring of 1860 in America and England, under the title of Leaves from Foreign Books for Home Reading. She had indeed entered into an agreement with Sampson Low & Co., the London publishers of Uncle Tom's Cabin and Dred, for the publication of the volume, but a sudden change of plans brought her home before she had perfected her book, and it was never published. Meanwhile her dramatic instinct had begun to work upon the material thus gathered. It was impossible for her, with her strong religious nature and her active interest in structural Christianity to avoid subjecting the great church so constantly in evidence to those tests of personal religion which had been familiar to her from childhood. Her stay in Florence brought vividly before her the figure of Savonarola, and her imagination, in seeking to recover the life of his day, instinctively invested it with the spiritual struggles so well known to her and her circle. There was no consciousviii protestantizing of the life, as one may say, but the story which she told naturally reflected the color of her own religious training. Agnes of Sorrento was begun in this Italian winter, and had its immediate origin, as she herself explains in the following note, in a friendly contest of story telling.