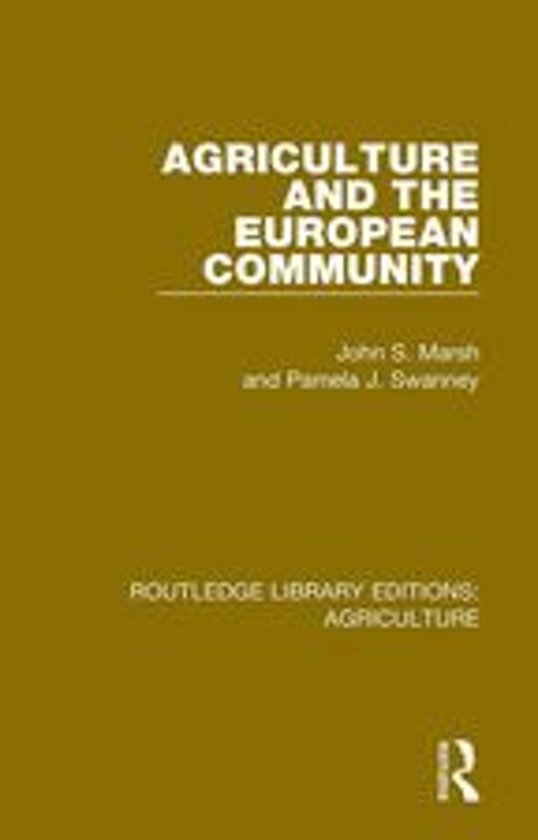 First published in 1980. From the earliest beginnings of the European Economic Community, it was recognised that a common market for agriculture would be one of the basic prerequisites for workable economic unity. And yet the Common Agricultural Policy (CAP) remained a subject of much controversy and debate. The CAP, more than any other element of European policy, was seen to test the true depth of the commitment shown by Community members to the practice as well as the principle of economic integration.


Agriculture and the European Community examines the reasons for the existence of the CAP and its format. It outlines the main instruments, price and structural policy, and the changing emphasis between them. It discusses in turn the effects of the CAP on producers' income levels and on consumer prices; how far it had fulfilled the promises of the Treaty of Rome; the implications of the policy for third country trade; and its place within the Community as a whole. The study argues that, although incomes of Community farmers had improved, this is not simply the result of the CAP, nor was the geographical distribution of benefit in terms of farming income satisfactory. The policy has achieved a degree of success in securing food supplies and stabilising prices but the cost to the consumer has been high.


Knowledge of the CAP had become almost essential to any understanding of modern European affairs. Agriculture and the European Community will serve as a straightforward introduction to the policy for students approaching the subject for the first time, especially in departments of Agricultural Economics, European Studies and Political Science.