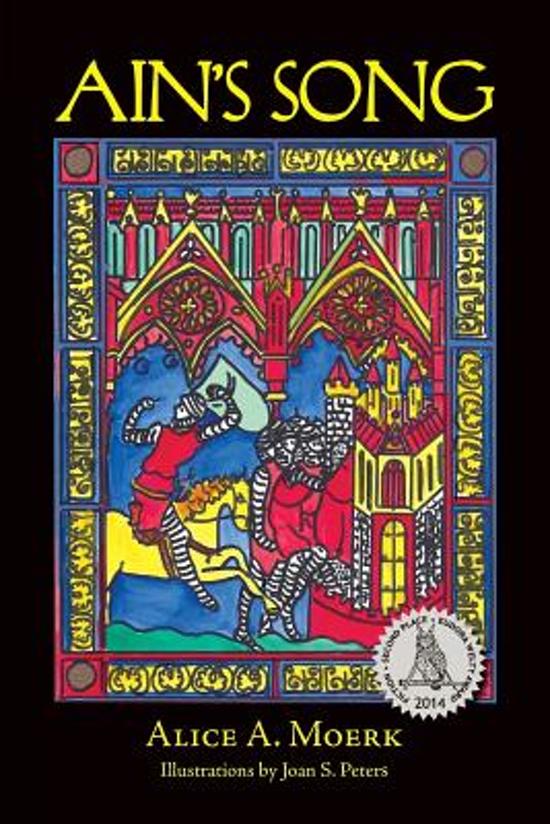 12th-century Europe revolves around the remarkable life of Eleanor of Aquitaine - Duchess, Queen of both France and England, and mother of Richard Lionheart and John Lackland. Eleanor and her husbands, Louis VII and Henry II, set the tone for an era. Ain's Song follows Eleanor's story through the eyes of her cousin, Ain of Poitiers. The adventures moves from the taverns, courts and cities of medieval France, England and Italy, from Celtic lore, the construction of great cathedrals, crusades and pilgrimages, to the courts of love and music, poetry and plays of the troubadours and jongleurs. Ain's Song is the winner of the Florida National League of American Pen Women award for best in unpublished fiction. "I love this story. Alice Moerk has captured the mood and tone of the period with credible accuaracy and rousing humour." Dannie Russell, Uganda "I love Ain, a strong, insightful woman." -Rev. Rosemary Backer, Holmes Beach, Florida - ..".a very sense of places and travels." Dr. Elizabeth Waterson, London, Ontario -Alice is also the author of the New Found Souls series of novels.
Toon meer Toon minder