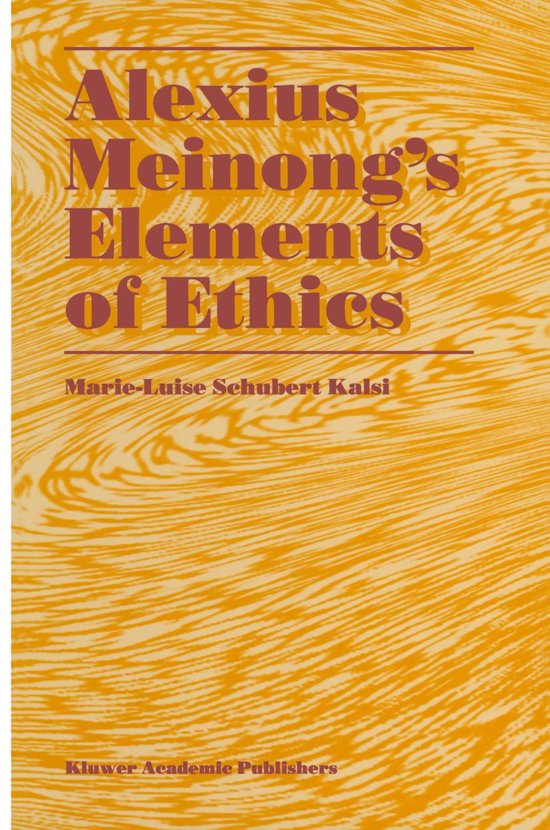 Elements of Ethics examines Meinong's value theory from an epistemological standpoint and gives a critical exposition of Meinong's first attempts at a deontic logic; special consideration is given to the Law of Omission. For that purpose his theory of the a priori is examined, which is entwined with his theory of objects. The book begins with an epistemological and ontological consideration and simplification of Meinong's universe. In consequence of the mathematical development of his time, especially non-Euclidean geometries, Meinong developed the notion of precision objects and precision concepts. They are discussed along with the so-called `incomplete objects' and problems associated with them. These discussions are relevant for understanding various technical terms, particularly concepts of values and valuations. These discussions also assist in assessing the possibility of knowing these concepts a priori, and in understanding the logical relationships between them and actual valuations. We find in Meinong's ethical writings a mixture of experiential and a priori knowledge. A translation is included of the fragment Ethische Bausteine (Elements of Ethics), together with Meinong's own notes and those of the editors of the text. Vocabulary and Index are attached.