All Trails Lead to Santa Fe (Hardcover) An Anthology Commemorating the 400th Anniversary of the Founding of Santa Fe, New Mexico in 1610 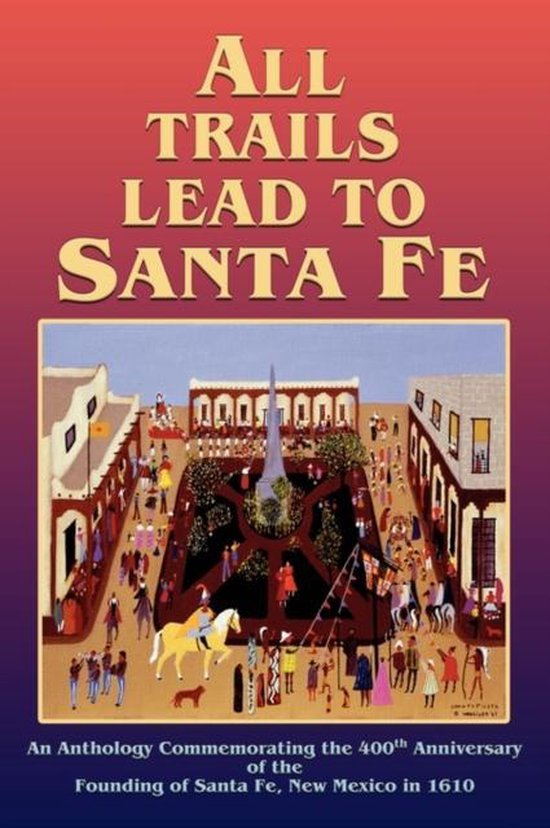 Santa Fe, as a tourist destination and an international art market with its attraction of devotees to opera, flamenco, good food and romanticized cultures, is also a city of deep historical drama. Like its seemingly "adobe style-only" architecture, all one has to do is turn the corner and discover a miniature Alhambra, a Romanesque Cathedral, or a French-inspired chapel next to one of the oldest adobe chapels in the United States to realize its long historical diversity. This fusion of architectural styles is a mirror of its people, cultures and history. From its early origins, Native American presence in the area through the archaeological record is undeniable and has proved to be a force to be reckoned with as well as reconciled. It was, however, the desire of European arrivals, Spaniards, already mixed in Spain and Mexico, to create a new life, a new environment, different architecture, different government, culture and spiritual life that set the foundations for the creation of "La Villa de Santa Fe." Indeed, Santa Fe remained Spanish from its earliest Spanish presence of 1607 until 1821. But history is not just the time between dates but the human drama that creates the "City Different." The Mexican Period of 1821-1848, American occupation and the following Territorial Period into Statehood are no less defining and, in fact, are as traumatic for some citizens as the first European contact. This tapestry was all held together by the common belief that Santa Fe was different and after centuries of coexistence a city with its cultures, tolerance and beauty was worth preserving. Indeed, the existence and awareness of this oldest of North American capitals was to attract the famous as well as infamous: poets, writers, painters, philosophers, scientists and the sickly whose prayers were answered in the thin dry air of the city situated at the base of the Sangre de Cristos at 7,000 foot elevation. We hope readers will enjoy "All Trails Lead to Santa Fe" and in its pages discover facts not revealed before, or, in the sense of true adventure, enlighten and encourage the reader to continue the search for the evolution of "La Villa de Santa Fe."
Toon meer Toon minder