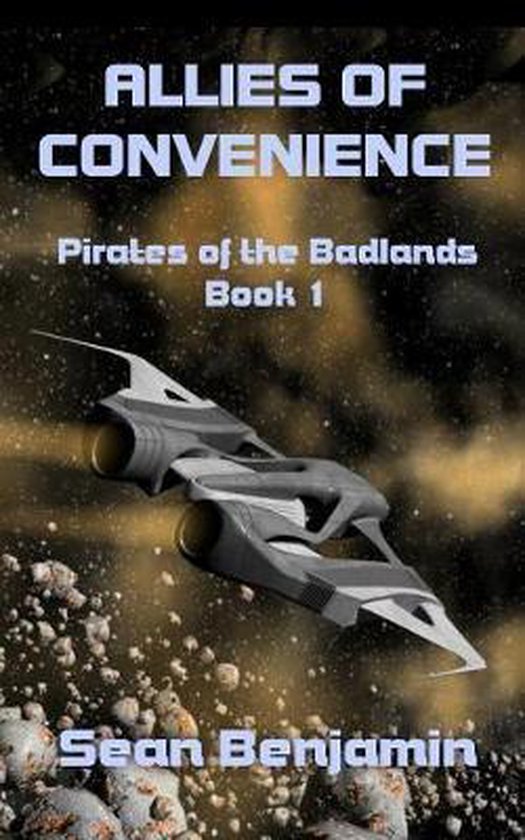 In the Badlands, everyone has their own agenda. Local solar system governments, planetary authorities and large corporations want to increase their size, power, wealth, and authority. They are not shy about the methods they use to achieve these goals. Killing, robbing, and intimidation are accepted methods of persuasion and governance. Slavery is a viewed as a money maker with low overhead. The Goldenes Tor Imperial Empire borders a large portion of the Badlands and has long coveted the raw materials and trade possibilities here and they claim the area as their own and continually use their military and commercial might to gradually bring this wild region under their control. The Aurora Empire opposes the Goldenes Tor and maintains a small squadron of Royal Navy ships under Captain Skyler Mallory in the Badlands to dispute their declaration. Raferty Hawkins, captain of the pirate vessel Predator, also has an agenda. He wants to drive out the hated Goths of the Goldenes Tor, rein in the local governments and corporations, and give the natives a chance to live in freedom and control their own destiny. He is quite willing to kill people to achieve these ends. With the dedication of key crewmembers such as Tactical and Baby Doll, and the support of Captain Shane Delacruz of the Vindictive, and the crazy Captain Killian O’Hare of the Nemesis, Hawkins has been fighting the oppressive forces in the Badlands for years. But now the ever changing status quo is about to be turned upside down. The Orion Confederation is far away with no interest in the Badlands; however, an Orion squadron crossed Goldenes Tor space and entered the Badlands intent on destroying Mallory’s command as part of a series of sweeping surprise attacks on the Aurora Empire. The Orion squadron and their Goth escort ships make one fatal mistake. They destroy a pirate settlement composed of women and children. Now Raferty Hawkins and the ships of Pirate Flotilla One ally themselves with Captain Mallory in a series of battles with the intruders and their Goth supporters. Two forces of unlikely allies maneuver for advantage across a dark, cold battlefield. The outcome of this campaign will shape the Badlands for decades to come.
Toon meer Toon minder