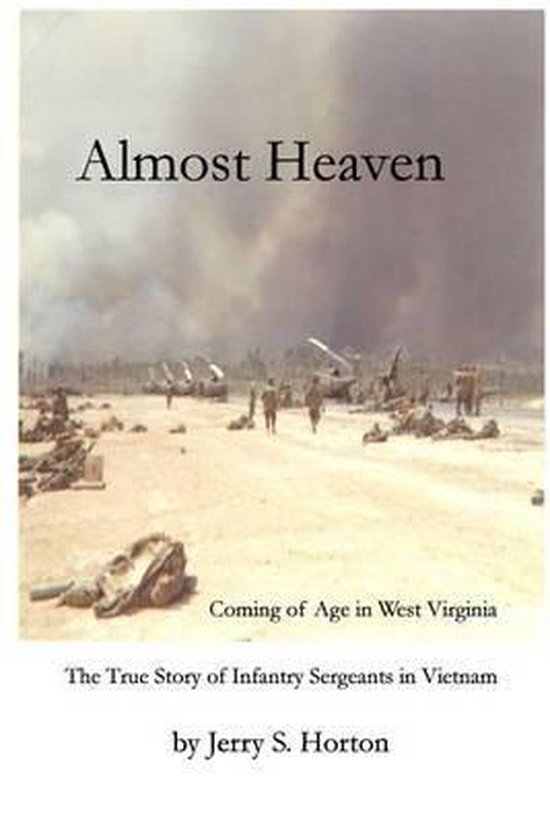 Excellent narrative!I recommend this book to anyone from West Virginia or anyone who lacks an understanding of the ground war in Viet Nam! While reading this book I felt as if I was there with Jerry. A very well written book that will be hard for anyone to put down!This is a must read.Jerry's interesting and riveting account of his childhood years and transition to a young adult and Infantry NCO are truly endearing! His honest and impelling novel reminds one of why we serve, fight, and are willing to lay down our lives for God, Country, and our fellow man. God Bless the Infantryman!!Thank the Lord for Soldiers and West Virginia !This book is a great read. This honest account of growing up in West Virginia and becoming a Sergeant in Vietnam is sometimes thrilling and sometimes heart wrenching. Through a lot of true grit, thank goodness Jerry Horton survived to tell this story. I highly recommend this book. It is a Winner.This is an inspiring memoir written about a young man coming of age in West Virginia in the 1960’s. It is a memoir but also a real thriller story as we follow Jerry from the streets surrounding Lincoln playground to Chicago Steel mills to the French Quarter in New Orleans and to San Francisco in the Summer of Love 1967. The book then moves you to the Central Highlands in Vietnam where Jerry is an infantry platoon sergeant. Jerry’s interesting and truthful account of his childhood years and transition to an adult and Infantry Sergeant are truly endearing. It is an honest and compelling story. It gives a first person narrative of hand-to-hand combat in the trenches of Vietnam that can leave you scared, glad to be alive and eternally grateful to those who died for our freedom. Jerry joined the army to simply be able to afford to go to college. Forty years later he has a PhD and multiple degrees but they were earned at a heavy price for this patriot. Jerry shares his experiences in Vietnam in an articulate, honest and direct assessment of his time in Vietnam, the men he served with and the horrors of war. It is an incredible story of leadership and survival.We see Jerry develop as a young boy who is very independent and then see him being schooled on the streets of Charleston, West Virginia learning how to come to grips with the breakup and divorce in his family. He takes refuge in becoming the best he could be as a basketball player on the courts of Lincoln playground. Later we see him leaving home for the mean streets of the Chicago Steel mills and then on to Louisiana where he completes one year of college and then goes flat broke. Then the book shifts to New Orleans Louisiana and the excitement of the French Quarter. Jerry’s life is rocked by the turbulent waters in New Orleans; he had no money no plan and is drifting. He seeks out another lifestyle in California hitching to and then living in San Francisco during the Summer of Love 1967. He describes how it was, the music and time and place and he takes you there through his vivid descriptions. Once again, his life spins into turmoil and as he tries to get back on the path to achieve his life’s dream of going to college he is drafted in the Army. He finds himself becoming a leader, an infantry sergeant. His goal is to bring himself and his men back home alive, the reader gets the sense that all his life Jerry has been prepared for this moment. The reader is taken through and sees through Jerry’s eyes what combat is really like.This story covers much ground and has something for everyone. You live through Jerry ‘s experiences of what it’s like to conquer your own demons, you read about his mother’s courage having Jerry in the Salvation Army by herself, the excitement and freedom of the 1960’s and you learn what it is like to want something so bad you lay your life down for it. It is a book you truly won’t lay down once you start reading.
Toon meer Toon minder