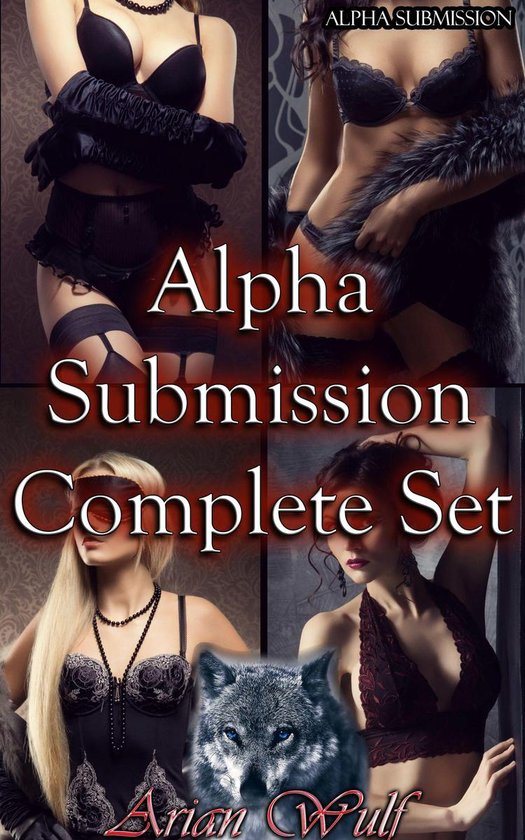 Is it so terrible that it’s impossible to tell one apart from the others? In this four-book-bundle, the innocence of young women are shattered when werewolf alphas appear in their lives and change them forever.

Tanya is a book-smart, street-dumb human student who just got into the university of her dreams and thinks she deserves to have a good time at a rave. Instead, she wanders into a werewolf party. Charles is a drop-dead-gorgeous, powerful Alpha werewolf who has been tutoring Tanya and her classmates for the entire year and just wants to head home. Instead, he catches her student at a Werewolf Rave.

At her eighteenth birthday, shy and naïve Anna meets a doctor who offers her a world beyond her dirtiest fantasies. For someone with so little knowledge of the outside world, Anna is in over her head with the dominating male, who enjoys giving pain as much as pleasure, introducing her to the delicious ecstasy of being tied, whipped, and taken hard and unprotected.

Being the only werecat in a kingdom run by werewolves means a hard life for Laura. She is the King's favorite dancer, so it surprises everyone when she is given the role of Emissary. She is sent on her last mission, after which she is to join the King’s vast harem and taken for the first time. Except nothing is as they seem…

Two days after the Shifter Registration Act as passes, Layla is captured by fanatics who believe that the secret to longevity is in her Shifter veins. As the days pass, she begins to find odd solace in her mundane routine with her captors. Everything changes when an Alpha werewolf is thrown into her prison cell. The semi-feral man trapped with her is powerful, and he is not happy.

"Ah, but do you remember how to dance for me?" he asks with an emphasis on the last two words.

Her eyes widen at the peculiar question. His fingers tighten on her chin, enough to draw blood from her delicate skin where his nails dig into them. From the corner of her eyes, she sees Sir Lucan baring his teeth in an almost snarl. "I have always danced for you, my King," she answers carefully.

"Good girl," he says. "Give me a kiss." He does not wait for her to respond as he pulls her chin forward forcibly until his lips are on hers, fingers clenching hard on her jaw to pry her lips open so he can taste inside her mouth. His tongue seems to be everywhere at once, sliding over her teeth and around her tongue. She resists the urge to bite him, knowing that the repercussions of hurting the King would be swift and harsh. She obediently follows when he links an arm around her waist and pulls down to sit on his lap.

He tastes of grapes and burning alcohol. She goes slack in his arms, not wanting to displease the King. She lets out a distressed whimper that he mistakes for pleasure, his fingers hiking her skirt up, past her stockings, exposing lace garters that she wears beneath it. She reacts without thinking then, clenching the hem of her skirt and pulling it back down.

He chuckles and pulls away. "Shy little thing, aren't you?" he comments, the corner of his eyes wrinkling in amusement. "Have you let anyone touch you?"

She shakes her head, mortified that he is asking what he already knows. None of the dancers in his court is allowed to lay with another. Even the maids pity them sometimes, for their inability to even talk to another man without risking the King's ire. She is special in that regards, because she is a dancer who got away.

Perhaps, she should have run further. She thinks of the kiss that she's shared with Sir Lucan and swallows the lump in her throat. Something must have shown on her face because he asks, "Have you been a good girl for me, my dear?"

She flinches. "I've been good, my King," she says looking down.

His fingers are tinted with red when he pinches her chin again. "Perhaps I should check you here, hmm? Would you prefer that?" He shifts her on his lap, dragging her legs open until she is straddling him on the throne. She puts her weight on her knees and doesn't rest on his lap, like he wants to. He wraps his arms around her small waist and pulls her to him.

She yelps, placing hands on either sides of his head to keep from falling forward completely. She dare not move when she feels his hands on her thighs beneath her skirt, nor when he unlaces the garter she wears to hold her stocking up. She feels his fingers on her ass, clenching the soft flesh there and cupping her behind in front of all the men and dancers. She shakes her head, her eyes filling with tears of humiliation. "Please, my King. I have not laid with anyone."

He grins, pleased by her answer, and then pulls her forward to press another kiss on her closed lips. "Good girl," he says and his fingers slide beneath her garments.

She hears a low snarl from the knights, and suddenly, she is released.