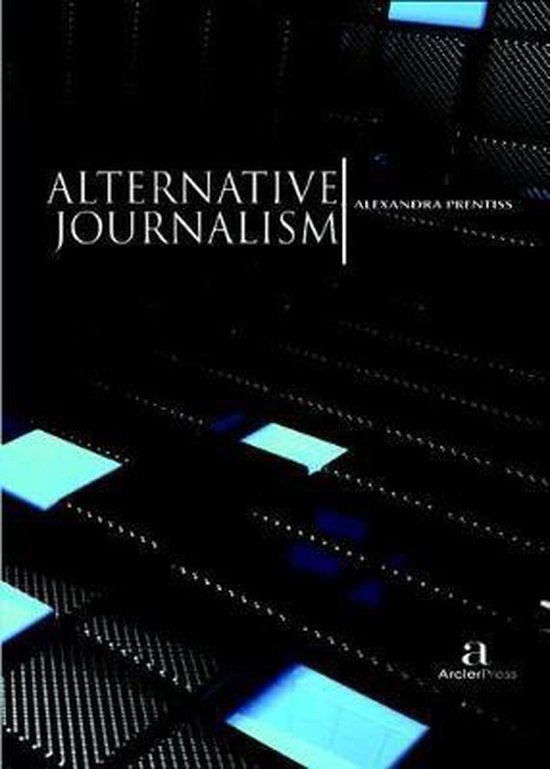 It goes without saying that, in 2016, alternative journalism has become integral to the global news landscape. If we consider traditional journalism to be news and stories related to the public by news professionals, then alternative journalism consists of news and stories that are related to the public by non-professionals. Both traditional and alternative journalism have adapted to the various media platforms that have proliferated in the last decades, including social media, online blogs, in addition to the more traditional media sources of newspapers, television, radio and other print media. So, the point of differentiation is in who is disseminating information, in addition to how or by what means. WikiLeaks and other whistleblowers, social networks, blogs, and other non-traditional forms of communication proliferate, and anyone has the power to both access and use them. We often think of citizens as the ultimate alternative journalists, but other discursive actors are at work. Governments, corporations, and other parties who have a vested interest in disseminating certain information while omitting other information are now producers and have the power to, for example, place magazine advertisements in the guise of news stories, raising the issue of trust and bias. In this book, we will examine alternative journalism in its many forms and how it, like traditional journalism, can shape audiences' attitudes and behavior in an increasingly complex public sphere. The boundaries between audience and journalist have blurred. Twitter, discussion forums, blogs, and even comments sections on news websites - all contribute to the power of the audience to shape journalism, and thus current events. We will begin this book with an examination of blogs and how they have been used as alternative journalism platforms in disparate contexts. Advocacy for social issues has been facilitated by blogs; in Hyper-Local Environmental Bloggers, environmental issues on a local scale have been brought to the world's attention via blogs. Blogging in Russia tracks the rise of blogging in Russia, and why it is so important. Because the state controls most traditional media outlets in Russia, blogs have emerged as a counter-sphere , in which public discourse is encouraged and information can be freely exchanged. In China, as in Russia, where most media is controlled by the state, blogs have sprung up as a form of public debate revitalizing civic engagement. Individualized and Depoliticized: A Study of Chinese Blogosphere in Singapore examines how the Chinese blogosphere operates in Singapore. Twitter and other interactive social networks are providing rich conduits for information and spurring discussions and debates. Events almost seem to need micro-blogs to come into being, according to How does information around acute events come into being on social media? . Protests against #delhigangrape analyzes the role of Twitter in shaping public opinion and discourse, especially during times of social unrest.The 20th century saw the rise of the televised news broadcast, delivered by professional reporters and news anchors, at specified hours, by established production companies. The televised 6 o'clock news has been upended by YouTube, just as the newspaper has been overthrown by blogs and micro-blogs. We will thus examine how news, events, and stories can be related, in video format, without depending on network broadcasts. YouTubers as satirists: Humour and remix in online video disovers how satire can help deconstruct politicians' self-presentation in user-generated videos, revealing hidden agendas through humor. User-generated video is not the only content distributed on YouTube; governments and governmental agencies have co-opted the medium for their own use, as explained in The Canadian Armed Forces' YouTube War. YouTube is, of course, not the only medium via which videos make their way onto the Internet, as these two articles on Audiovisual Journalism show. It is important to recognize that, though alternative journalism is in the ascendant, traditional journalism has its place. Mass and New Media contrasts the portrayal of Fukushima in both traditional news reportage and alternative journalism. Alternative journalism continues to influence traditional journalism, which has much to learn from new media. Collaboration, editing, transparency: challenges and possibilities of a wikification of journalism looks at one way in which the paradigm is shifting. Because information can now be delivered by anyone, bias has become a problem. How are audiences to trust data published by, for example, the government? States that referee information online shape public opinion in insidious ways, changing the way news is delivered. This erodes trust and reduces the credibility of both alternative and traditional media, as Civic Action and Media Perceptions within the Wall points out in two Chinese case studies. WikiLeaks has been a clarion call to transparency, advocating for governments to be truthful to their citizens; Radical transparency in journalism points out that, although radical, WikiLeaks does have historical antecedents. Two other studies, Open Data Within Governmental Organisations and Police.uk and Data.police.uk , examine how governments and government agencies relate information to the public in innovative ways that bypass traditional journalism. Readers will have to draw their own conclusions as to whether this increases transparency or simply further muddies the waters.
Toon meer Toon minder