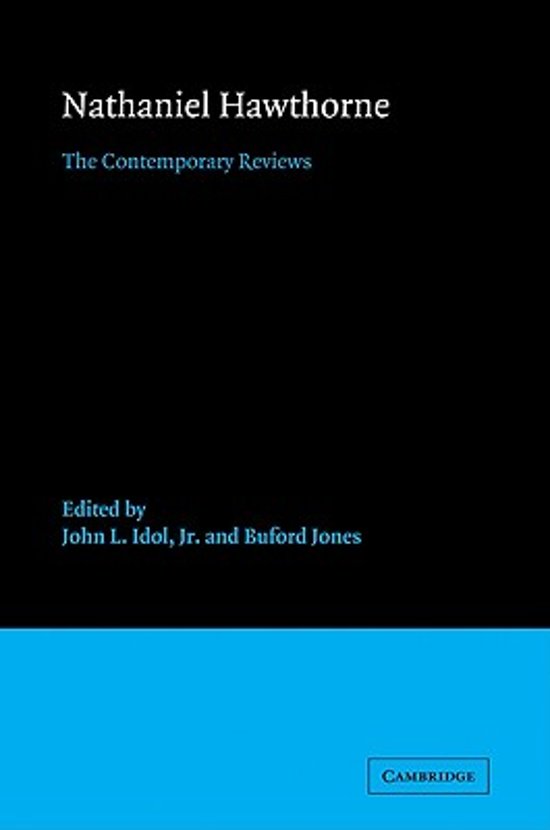 From the self-withdrawn Fanshawe through the posthumously issued Dr Grimshaw's Secret, this compilation of reviews and notices traces Nathaniel Hawthorne's rise from obscurity to world renown as a writer placed in the ranks of Carlyle, Dickens and Shakespeare. Reviews by Henry Fothergill Chorley, Henry Wadsworth Longfellow, Edgar Allan Poe, Herman Melville, Margaret Fuller, Elizabeth Palmer Peabody, Edwin Whipple, Henry James, Edith Simcox, William Dean Howells and many others respond to Hawthorne's tales, romances, notebooks, and fragmentary works in efforts to capture and define the nature of Hawthorne's mind and the quality of his art. The introduction explores the thematic concerns taken up by reviewers, focusing on the elements of Hawthorne's life and art of most interest to his contemporary readers. Several retrospective reviews, one appearing as early as the 1840s, provide thoughtful estimates of Hawthorne's achievement.
Toon meer Toon minder

All libraries serving serious students of literature should have these volumes. Q. Grigg, Choice As well as providing a literary resource for scholars, Nathaniel Hawthorne: The contemporary reviews offers important evidence of how Hawthorne achieved his canonical status in American literature. Peter Shaw, Times Literary Supplement The selections--many of the best from newpapers and probably unknown even to most Hawthorne specialists--are without a doubt worth the high price of admission...The twenty-page introduction is intelligent, and the selections frequently thought-provoking... Nineteenth-Century Literature ...provides a valuable resource of primary material on a writer who once styled himself the 'obscurest man in American letters.' Val Gough, Journal of American Studies